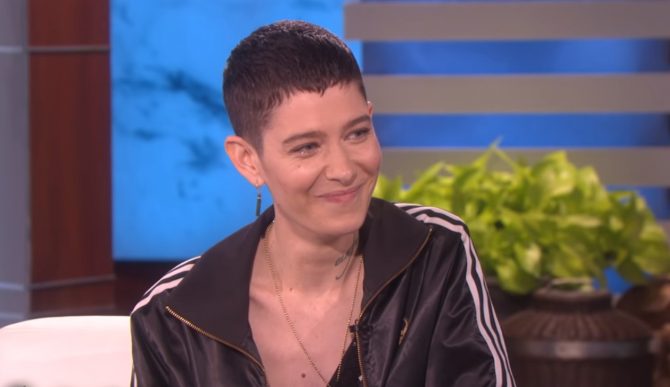 The letter, published in Variety, calls separating performers based on gender identity discriminatory. “Separating people based on their assigned sex, and/or their gender identity, is not only irrelevant when it comes to how an acting performance should be judged, it is also a form of discrimination,” Dillon writes. “Not only do your current categories erase non-binary identities by limiting performers to identifying as male or female/man or womxn (which not all SAG members, like myself, do), they also serve as an endorsement of the gender binary at large, which actively upholds other forms of discrimination, including racism, the patriarchy, and gender violence.” Dillon’s reference refers to their own gender identity; the actor had previously made headlines for being the first openly non-binary actor to portray a non-binary character in a series regular role on television.

“The distinction between male and female acting categories was implemented as a means of combating the chronic and systemic overlooking of cis-women, particularly [sic] white cis-women, when it came to acting awards,” they write. Dillion then goes on to point out that other categories, such as awards for editing or directing do not have any gender delineation at all. They also point out that the MTV Movie & TV Awards recently eliminated acting categories based on gender.

Dillon’s letter came about as a result of SAG asking them to take part as a judge on the 27th Annual Screen Actors Guild Awards Motion Picture Nominating Committee. In the past, Dillon had worked with the Emmy Awards regarding gender-specific categories. Ultimately, that awards board opted to keep gender-specific categories, but allow performers to enter themselves for consideration regardless of gender.

At the time of this writing, SAG has yet to respond to Dillon’s request.