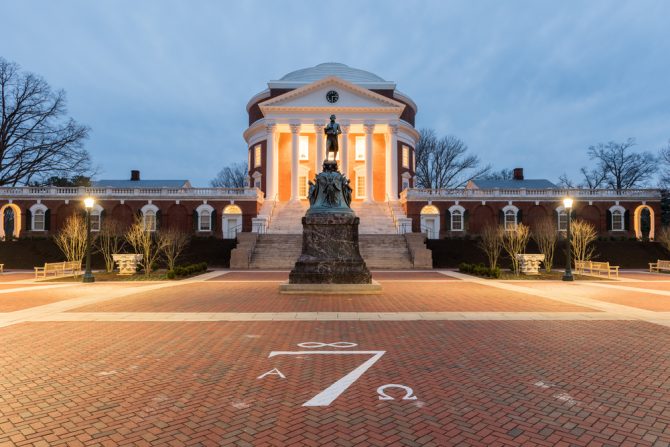 The University of Virginia has a bit of a problem on its hands. Its football team has a very long culture of homophobia that it just can’t seem to quit. But that might be changing soon… Maybe… Possibly… Hopefully… We’ll see?

The school’s fight song “The Good Old Song” has long been a point of contention between LGBTQ people and football fans.

The issue stems from the lyrics to song’s opening verse, which are are as follows:

That good old song of Wah-hoo-wah—we’ll sing it o’er and o’er,
It cheers our hearts and warms our blood to hear them shout and roar,
We come from old Virginia, where all is bright and gay,
Let’s all join hands and give a yell for the dear old UVA.

Since the 1970s, fans have chanted “not gay” after the word “gay.” Over the years, many have called for the homophobic chant to end, but to no avail.

In 2001, a petition circulated urging the school to take action on the issue. A campus protest was also staged. Nothing ever came of either.

Now, nearly 20 years after being asked to do something about the problem, the school is finally taking some action.

Going forward, the video will air in the stadium before every game in the hopes that fans will take the message to heart.

While the PSA is definitely a step in the right direction, not everyone thinks it’s enough.

as glad as i am that the good old song no longer has "not gay" smack in the middle of it, it's very on-brand for UVA to pat itself on the back for doing "slightly better" than blatant homophobia

Here’s another idea: scrap “The Good Old Song.” There’s no place to “not gay!” if there’s no “Good Old Song.” Yeah, I get it, this is another “this is why we can’t have good things” kind of thing. A few people – OK, not exactly a few people; it’s a lot of people – continue to f*ck this up for everybody. And getting rid of the song is letting them win. News flash: they’re already winning. They’re pretty much farting in our general direction every time UVA scores. The video was a nice touch, but it’s not going to work. So, scrap the song. We’re not exactly beholden to tradition anymore.

It remains to be seen if the PSA will have any impact on football fans.