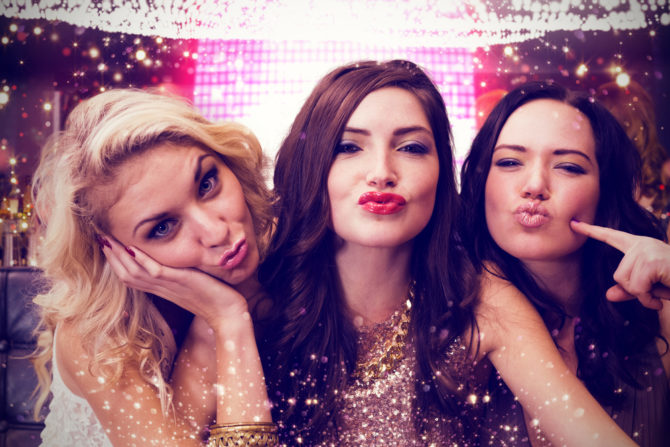 A recent op-ed by Rose Dommu and published by Out accuses gay men who don’t like women in gay bars of being misogynists.

“Women can go anywhere we want to!” Dommu writes. “And furthermore, we don’t need your approval to do it!”

She adds, “If you can’t dance to some shitty house song or go down on a stranger just because a woman is in the room, you need to examine what that says about you, not call for that woman’s removal.”

She concludes the piece by calling on more DJs at gay bars to play “The Thong Song” by Sisqó, a hip hop track that demands women put on thongs and “make your booty go da na da na” while the men watch. (Nothing remotely misogynistic about that, right?)

We asked you, our readers, how you felt about women in gay bars, and the responses were all over the map. We though we’d take a moment to highlight some of the different perspectives…

The responses from commenters on the article show quite a range of opinions on the matter:

“Nothing says girl power like constantly trotting around after men and anything men create for themselves,” one reader says.

“I just hate the double standards,” another adds. “Feminists think that women should be able to go wherever they want, even places that specifically cater to gay men. Yet when they hold all female events, God forbid a man shows up there, even a gay one.”

“I’ll accept that you have some right to be where you want to be,” a third reader comments. “But if you walk into the backroom and I’m blowing somebody, you don’t get to lose your shit over the fact that it’s a sexualized environment.”

“I like ‘The Thong Song’,” a fourth reader says. “And, frankly, I don’t have a problem with women in any place.”

Then there are the folks on Facebook, who, so far, have left over 350 comments on the post.

A lot of them said they don’t have an issue with straight women in gay bars, so long as the women are respectful:

“We go to gay bars to be with our people [and] to escape from the outside world where we are judged and discriminated against,” one guy explains. “I don’t have a problem with anyone going to any bar, but know that it is our house, and they (straight people) are guests.”

“It doesn’t bother me the least bit, as long as they are mature about it and don’t act like they own the place,” someone else says.

“Showing up isn’t the problem,” a third person writes. “The issue is more often than not they fail to respect or understand where they are. It’s a gay bar not a ‘no straight guys to hit on us’ bar.”

Others say they’d prefer if the ladies would go elsewhere:

“That hostile article basically explained why we don’t need straight women in gay bars,” another guy writes. “Go to the other 95% of bars in the world tailored to your people. Request your Thong Song there.”

“I go to gay bars to feel comfortable with other gay people,” someone else says. “Not to be a subject of your curiosity or to be persuaded that I need to be someone’s gay BFF.”

“It is not their womanhood that makes people not want them at the gay bar,” a third person explains. “It is their heterosexuality.”

But not everyone seems to have an issue with it:

“Misogyny is not a good look,” one woman writes. “Straight women go to gay bars for part of the same reason gay men do–to be away from straight men.
Also, gay women exist in gay bars. We’re not extinct. Don’t assume women in gay bars are all straight.”

Another person agrees: “Nothing is more disappointing than misogyny and stupidity from a group of people that have dealt with prejudice, and should know better. One of the best things the LGBT community can do for the world is break down the patriarchal bullshit that is keeping us all trapped.”

Then there’s this interesting take: “Is it possible that a lot of the straight women go because they have gay friends and want to make sure they are comfortable? Just some food for thought.”

We’d say this is just one of those issues people will have to agree to disagree upon.

Related: Woman to gay men everywhere: ‘Stop telling us we can’t be in gay bars’