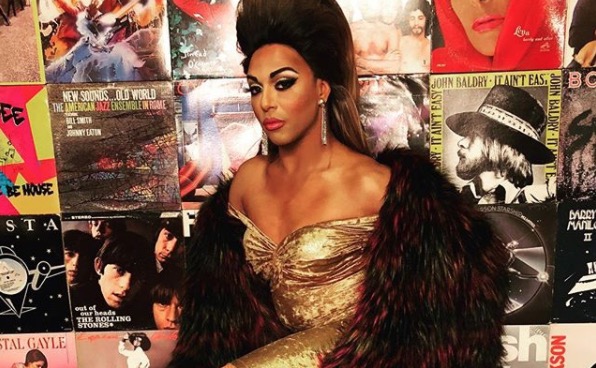 While the post-Oscars conversation hums over Adam Rippon’s harness, the well-deserved and touching wins in the screenplay categories for James Ivory’s Call Me By Your Name and Jordan Peele’s Get Out, Frances McDormand’s inspiring speech and a small handful of other memorable moments, there’s one Oscars tradition that nobody is praising: Ryan Seacrest.

And it’s not just viewers who mostly tuned out from the pre-show host’s tired red carpet interviews — some stars wanted nothing to do with him either.

But you know who would have caused every A-lister to trip over their metallic future-gowns and boring tuxedo clones to chat with?

The Oscars are already the gayest awards show of the year, so let’s end this charade of pretending Ryan Seacrest has anything interesting to say and let a queen take over.

And judging by Shangela’s top-notch commentary throughout the night, she would have slayed.

Here’s what the All-Star had to say:

On Call Me By Your Name:

This song from “Call me by Your Name” is beautiful. The Mystery I’d Love. Let me go buy this. And then let me fall in love. Because the two go hand in hand. Ugh! Now I’m gonna wanna watch a sappy rom com after this. Wedding Planner, anyone? ?? #Oscars

Call Me By Your Name is a great film. The love story is touching but tbh it was such a stretch from my own personal life. Like, when I was 17 my Mom would NEVER have been like, this grown man employee of mine is in love w/ my son, and I’m gon let y’all hump in my house. Well Naw.

Yasssss!!!! GET OUT just won for Best Original Screenplay! Werq. Congrats @JordanPeele!!! You ??Did??That??! (And yes, I was there in the movie shouting at the screen with my Mama.)

On Tiffany Haddish and Maya Rudolph bringing a bit of humanity to the stiff onstage bits:

Let the record show: @TiffanyHaddish and @MayaRudolph KILLED their presenting segment!! Hilarious. And they did it all Barefoot. And yes Tiffany for getting in ur Meryl Mama request. ??

#OscarsSoBlack should be a thing!!! Lol

And just imagine if this boot was on the red carpet where it belongs?

So Emma Stone, who I love, apparently had a business casual dinner date after the Oscars tonight so she just came in her “meet you at the California Pizza Kitchen” clothes.

Yes #GinaRodriguez! U better give me GOWN!!!! ?

Yes @Zendaya! U look fab and u introduced that performance LoVELY!

But perhaps Sangela’s place is not behind a microphone on the red carpet, but behind the microphone on stage, accepting her Academy Award:

Well now I’m even more inspired to make a movie. There are so many stories in so many communities that deserve to be told.