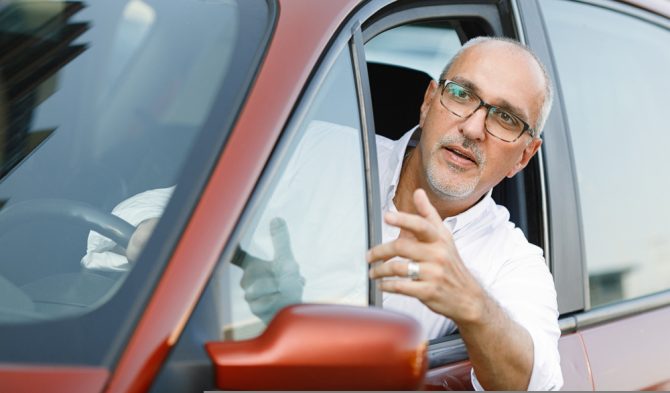 After witnessing his teenage son kissing another guy, a dad has taken to Reddit to ask people for advice on how he should handle the situation.

The dad explains that he was driving through town, on his usual commute, when he happened to spot his 16-year-old son kissing his “best friend.”

“I didn’t tell my wife because she will probably hate him because of it,” the dad writes. “But how could I?”

The dad continues, “I really love him. He’s my son after all. And I don’t mind him being gay. My question is how can I help him when he comes out and should I tell him to hold it back with his mom?”

“I wouldn’t confront him about it,” one person says. “He’ll tell you when he’s ready.”

“If he hasn’t told you, don’t confront him. Let him come to you about. But do start a conversation about gay people and your thoughts about them,” another writes. “This will show your son that he doesn’t have to be afraid of talking about these kinds of things with you.”

“You do exactly what you would do if you saw him kissing a girl,” a third person adds. “Don’t be a homophobic prick or ashamed of what you saw. Normalize it.”

“This was great to read you seem like an excellent father,” a fourth person notes.

In an update, the dad explains that he decided to casually mention what he witnessed to his son. His son confirmed that he and his best friend were, in fact, a couple.

“He told me how long they’ve been together and how it was and we just chatted about relationships,” the dad says. “Then he asked me if I told mom that I saw them. I just said that I would never do that behind his back and he can tell me everything.”

The dad says the conversation wasn’t awkward and his son was “really happy” to talk.

“That’s just a great thing to see your son growing up,” the dad writes.

Related: Quarantined dad suspects his son might be gay, asks internet for advice in adorable letter