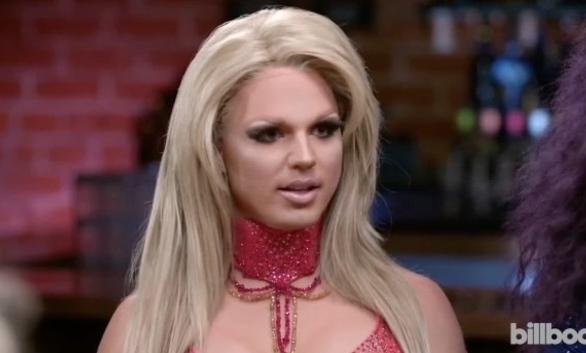 To mark Pride month, Billboard filmed a four-part drag queen roundtable called “Spilling the Tea.” For one queen, a little unintended tea in the form of I-think-I-know-what-Stonewall-was-but-maybe-I-actually-don’t was spilt.

In the fourth and final part of the series, the queens cover topics ranging from gay dating apps to boring club goers to Tamar’s backing vocals on Lady Gaga‘s “Born This Way.”

Somewhere in the middle, there’s a lesson on queer history. In their description of the segment, Billboard writes that “Willam gives the girls a history lesson on Stonewall.”

And that’s true, but it’s the moment that prompted his lesson that’s causing a stir online.

During a conversation about fighting for LGBTQ rights, Derrick chimes in with a familiar complaint:

“Like when people don’t know what Stonewall is,” he says.

“Why don’t you tell everybody what that is?” prompts Tamar.

“That was fighting for gay rights,” Derrick explains in the broadest of brush strokes before adding, “and people were killed!”

“Nobody was killed at Stonewall,” interjects Willam.

“Nobody was killed?” asks Derrick like a deer in the headlights.

IM SCEAMING why is this most gays

We certainly don’t mean to be hard on Derrick (well not too hard). Learning takes listening, and he seemed perfectly willing to take in Willam’s fact-based account of the 1969 riot credited with sparking the modern LGBTQ rights movement (though it wasn’t the first clash with authorities, as Willam mentions).

After the series aired, Derrick shared a clip from the segement on Instagram in which he talks about the importance of queer visibility.

“Be OUT & VOCAL & VISIBLE,” he wrote, and it certainly does seem that his heart is in the right place. But he also could have used his ignorance of Stonewall as a way to encourage more people — say, his followers — to do some research and learn their history. Instead, he showed himself in the best light.

You can catch the full segment below (the Stonewall exchange comes at the 4:15 mark):

And if you aren’t so sharp on your Stonewall history (and that’s OK!), here’s a highly-accessible recent video from Tyler Oakley in which he talks with some folk who were there as well as activists about the event’s significance: