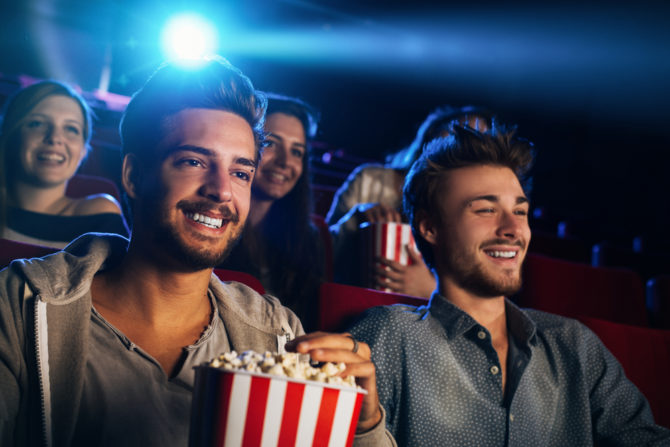 It’s every gay man’s worst nightmare: Hitting on a cute guy and acting all flirty only to learn he’s straight.

It’s bad enough when this happens once. But one young Reddit user says it’s happened to him multiple times and he isn’t sure how to handle it anymore.

“First time it was a co-worker,” the young man explains. “We shared a lot in common, and went to the movies and talked about nerdy shit [from] time to time.”

But after going on a few dates, he realized those dates weren’t actually dates because his co-worker wasn’t gay.

“I believe he doesn’t realize he’s gay but he may realize it down the road and I’m not gonna wait around to figure it out,” he writes.

The second time it was a dude from his gym.

“We’d sneak a couple glances,” the man writes. “I made a joke when he passed by and we talked and figured out we had a lot in common so we made plans to see a movie.”

At the end of the night, the young man asked his gym friend is he was gay. The guy said no. And the young man found himself back at square one. Again.

He now wonders: “What is a better way for me not to waste as much time to figure out if [a guy is] gay? How can I do so tactfully? How should I respond? I don’t want there to be a third of fourth time of this.”

We don’t blame him!

Now, let’s take a look at what his fellow Redditers had to say…

“Yikes,” one person writes. “Maybe next time ask before going out on a date.”

“You shouldn’t be going on accidental dates ever,” another person adds. “I don’t know what advice to really give you other than be a more explicit communicator. Maybe you’re trying to be coy or sly or creative or something, but it’s not working.”

“Ask them on a date, and use the word ‘date’ to be clear,” a third person says, “then it’s hard to misinterpret.”

“Ask one of their friends, ‘Hey is the dude over there gay?'” one person recommends.

“Ask if they know what Grindr is,” another suggests.

“When planning that movie date, say out loud: ‘Movie? Sounds fun! Then afterwards, gay sex at my place,'” a third person says.

Then there’s this bit of tough love: “Life isn’t a rom-com, these situations should be rare. When it happens three times, it’s time to evaluate the thing they all have in common: you.”