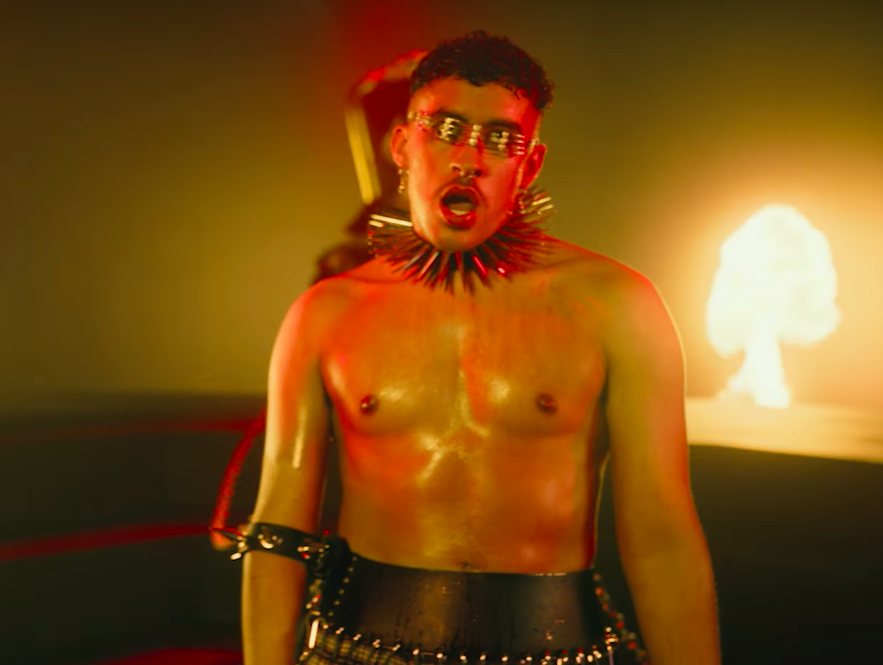 His outfit for this historic layout? A creme blazer over a layered gown.

Look how he ate that:

This is far from Benito’s first walk on the fem side. He’s donned skirts, dresses, and even full drag time and time again. In the article, he touches on why he’s come to blur the lines of gender in his fashion so much more often.

“Maybe at the very beginning of my career, I tried to pretend I was someone that I’m not,” he says. “But I learned that that’s the way artists lose themselves.”

He really started cutting loose around the time of his second studio album, aptly titled YHLQMDLG (meaning “Yo Hago Lo Que Me Da La Gana”, or “I Do Whatever I Want”).

Related: These sexy “Bullet Train” stars have us ready to ride the rails

Be it photoshoots, red carpets, music videos, or live performances, Bad Bunny has probably done it wearing something flowy and tailored at least once.

Here are some of the highlights of his frock-rocking:

Wow. Bad Bunny (@sanbenito) wore a skirt on the @FallonTonight with a sweater that read “they killed Alexa, not a man with a skirt”
Alexa was transgender woman in Puerto Rico ridiculed & killed, on her birthday, by murderers who videotaped the crime & posted it on social media. pic.twitter.com/i2iBAmdVK5

Puerto Rican singer and rapper Bad Bunny (@sanbenito) appeared in drag in his new music video for “Yo Perreo Sola”. Not only does he advocate for transgender rights and redefining masculinity, he looks DAMN good doin it 😍🙌 pic.twitter.com/j6LB5U5sxV

last met post I guess. Bad Bunny’s Burberry look should get a lot attention and love though. Truly capture the era, while also at the same time clearly represent the brand and its iconic element of trench. Very experimental, very fun, but still formal, the perfect combi for Met. pic.twitter.com/TSgErdG5RF

Related: 6 times Bad Bunny proved to be one of the most woke LGBTQ allies out there

There are some who call his style a marketing ploy, but he says otherwise.

“People on the outside can think that I have a strategy or I wear this to call for attention,” he says. “In reality, I just know who I am.”

And his “Yo Perreo Sola” video proved that “who he is” is fluid, talented, and hot: