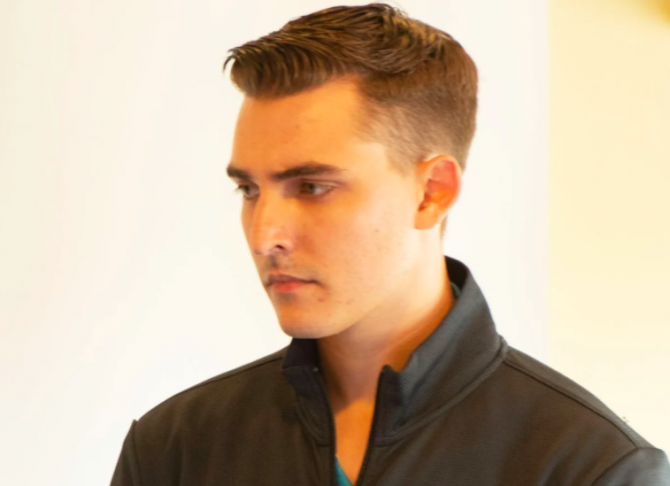 You may or may not recall that in April 2019, Wohl wrote a Medium article under the pen name “Hunter Kelly” in which he accused Pete Buttigieg of sexual assault. The article was quickly removed after being proven totally 100% false.

But that was just the beginning. In the following months, Wohl also attempted to smear Robert Mueller, Kamala Harris, Elizabeth Warren, and, most recently, Anthony Fauci with fake sex scandals.

On top of that, he fabricated his own death threats and was permanently banned from Twitter for creating too many fake accounts, which he used to peddle right-wing conspiracy theories.

But prior to all that, the 22-year-old worked as an investment manager and was moderately successful, especially for someone his age. Until 2017, that is, when it all came crashing down.

Wohl was charged with 14 counts of securities fraud after being accused of scamming several clients. He was ordered by the Arizona Corporation Commission to pay $32,919 in restitution, plus $5,000 in penalties. That number has since increased to $43,000 because of interest.

Related: Milo Yiannopoulos complains about being broke and losing fans

So far, Wohl hasn’t paid a dime of it. And now, the Attorney General’s Office of Arizona says it is ramping up its efforts to collect from him.

The Commission says it plans to take whatever action in necessary against Wohl “if he violates any part of the order or if he commits additional actions that violate the Arizona Securities Act or the Investment Management Act.”

Wohl has not issued any comment on the matter; however, he did launch an Only Fans page last month, presumably to cover some of his legal expenses. Unfortunately, people have not been terribly impressed with its content.

“Jacob Wohl has an OnlyFans” is proof that while 2020 is a dark, twisted comedy coming for us all.

Where are they now: Jacob Wohl

After numerous failed publicity stunts and a lack of interest from the public, Jacob has launched a high-dollar OnlyFans page. There’s a linked Amazon wishlist with a Macbook and a tub of protein powder on it. pic.twitter.com/BBLXJmkEsg

Me after subscribing to Jacob Wohl’s Onlyfans pic.twitter.com/1pjkIWGWRa

Hmm if I had to guess, I would say the subscribers to Jacob Wohl’s OnlyFans are 10% actual supporters, 40% thirsty gays, and 50% Daily Beast reporters. https://t.co/ETKCrLiqrn

unfortunately, we have confirmed jacob wohl does not show cock or hole on his OnlyFans

As far as we’re concerned, some gateways are better left closed. Forever. pic.twitter.com/qzCgvJCWyx

Looks like he may want to explore other ways of raising that $43,000 he owes.