When someone has any sort of public profile or TV fame, you kind of assume they must be flooded with DMs from people interested in getting to know them better. However, that doesn’t preclude them from also having dating app profiles.

One problem that we’ve heard they can come up against is other users not believing they are who they say they are.

The gay baker posted a screenshot to Twitter earlier today, detailing his account suspension on Grindr. The app informed him it was due to ‘impersonation”: “Your account has been reported as impersonating someone else. To continue using Grindr, please verify your account.” 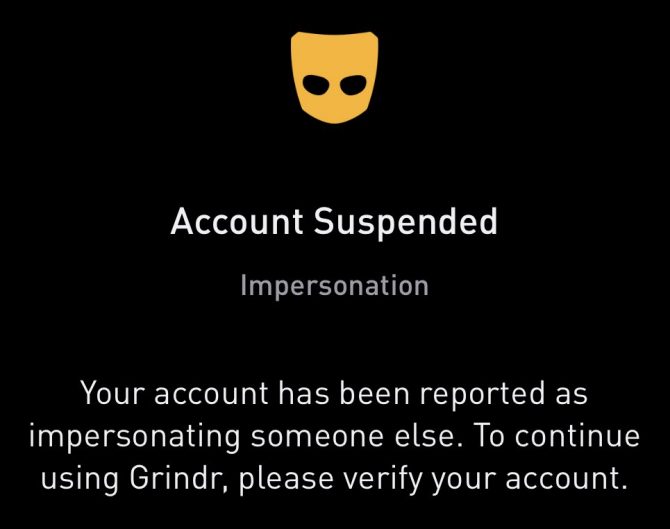 Many were quick to make puns.

They’ve never had a problem with master baking before

Guess you’ll be avoiding soggy bottoms for a while then 🤷🏻‍♂️

what is it like to be The no.1 michael chakraverty impersonator?

Verify this man @Grindr , he just trying to get that vitamin D 🧍🏻‍♀️

Chakraverty is not the first person with a public profile to face this sort of problem. Actor and comic Brian Jordan Alvarez shared how he was accused of “catfishing” on Grindr last year for sending his photos to other users (who presumed he was a fake).

Since his time on the show in 2019, Chakraverty has written regularly for the UK’s Metro newspaper and hosted his own Menkind podcast. He’s currently in training for the London marathon, which takes place in six weeks.