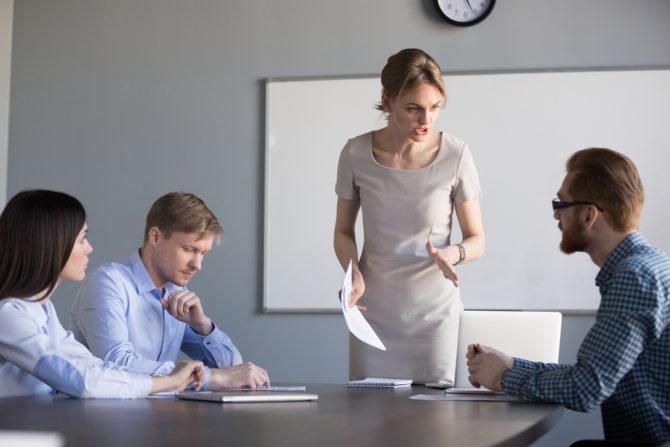 A bisexual banker from Brisbane was just awarded $60,000 in a harassment case against his former employer.

A man being identified only as “Mike” was happily employed at the bank for four years until a new supervisor came on board in March 2018.

In their very first meeting, the supervisor allegedly sat Mike down and told him she could identify homosexuals just by looking at them.

“My first husband left me for a man,” she said. “I know all the signs. You can’t pull the wool over my eyes.”

Mike, who wasn’t out at work at the time, says he found the statement “threatening.”

He felt even more threatened when the supervisor allegedly told him she enjoyed firing people and described herself as so cold that she “had her period in cubes.”

As time went on, Mike claims the supervisor began pointing out all the other people in the office who she perceived to be gay and making homophobic remarks about them.

“Look at him just staring at his computer,” she said of one of his co-workers. “He is gay.”

She also described a branch manager as “camp as a row of tents.” And when another man came in for an interview one day, she allegedly told Mike, “He is gay, too”.

“Comments like that are offensive and ignorant,” van Oeveren says. “They also intimidate people who are actually gay, because of the implication they will suffer discrimination for their sexuality.”

As the months progressed, the supervisor’s treatment of Mike only worsened. In addition to demanding he work after office hours, she blamed him for getting into a car accident and wouldn’t give him time off to go to a doctor’s appointment.

According to Mike’s attorney, the treatment resulted in him being diagnosed with anxiety and depression, PTSD, social phobia, and panic disorder.

Eventually, he filed a complaint with the Industrial Relations Commission. Rather than battle it out in court, the bank agreed to pay Mike $60,000 plus an additional $1,500 to help cover the expense of him finding a new job.