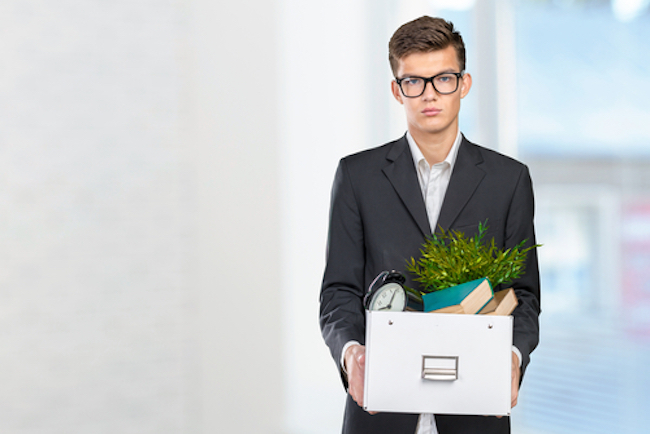 A gay banker in Brazil was let go from his job shortly after sharing photos of his engagement on social media.

The unnamed man, by all accounts an excellent employee, claims he was fired from his job at Banco Itaú because he’s gay.

He was reportedly employed by the bank for a year and a half, winning various awards for his work while regularly suffering homophobic jabs from higher-ups in the company.

Related: Guess What Show Fired John Barrowman For Being Gay?

He claims bosses would mock his taste in clothing and scold him whenever he “let loose,” whatever the fook that means.

Shortly after posting pics and videos of his engagement to his fiancé, he was fired — and he alleges the area manager called him in to his office to expressly tell him he was terminated for being gay.

“I’m deeply outraged that a bank of this size would use homophobia as a basis for dismissal, as opposed to the results of the workers,” he says, adding that he wants to make sure “no other LGBT worker would ever have to go through this again.”

The bank hasn’t responded to his claims, but according to a union leader, they have a reputation for firing people for reasons well beyond their competency levels.

“This isn’t the first time this has happened at Itaú—we recently reported layoffs of people with disabilities,” says Fábio Pereira, a union leader for the ex-employee.

“The bank needs to review its positions and we will make sure that this kind of thing does not happen again.”