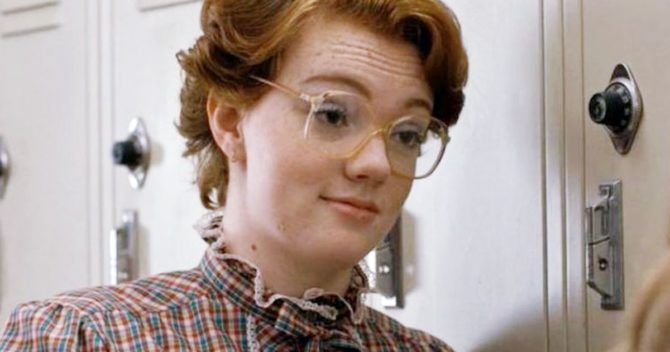 When Shannon Purser, the actress who would have won Miss Congeniality for her portrayal of “Barb” on the hit Netflix show Stranger Things if that was a real award, went on social media last week to encourage people to take time with sexual identity, it left more than a few wondering what exactly she was getting at.

Well now all is revealed.

Purser followed up with another Tweet last night coming out as bi, writing, “I don’t normally do this, but I figure now is as good a time as any to get personal. I’ve only just come out as bisexual to my family and friends. It’s something I’m still processing and trying to understand and I don’t like talking about it too much.”

Here are last week’s Tweets from the 19-year-old actress:

Getting comfortable with your sexuality is a process. It's going to be ok. I wish I'd known that sooner.

Another thing I wish I'd known about sexuality is to take it slow. It can define you as much as you want it to.

All that to say, you're not alone. You're in my prayers and, if you're the praying kind, please keep me in yours. ?

And here’s the message she sent out on Tuesday night:

Purser, who also appears on CW’s Riverdale, addresses accusations of “queerbaiting” that have been thrown at the show.

Related: So, the first steamy gay scene from C.W.’s “Riverdale” is here. Curious?

In particular, some fans were upset that a kiss between two female leads, Betty and Veronica, didn’t lead anywhere.

Check out that scene below: