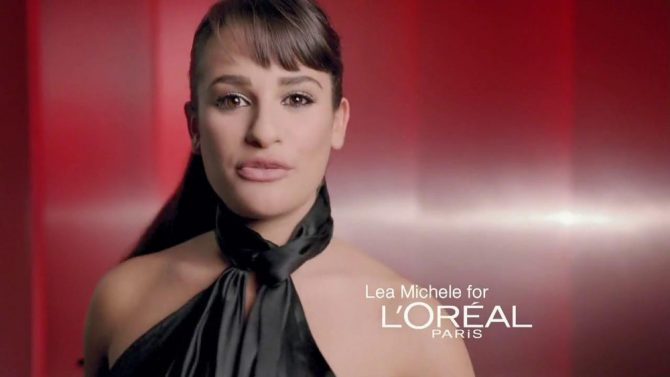 After former Glee co-stars Samantha Ware, Amber Riley, and Alex Newell accused her of bullying, several other colleagues, understudies, and extras who worked with Michele over the years came forward to accuse her of being “subhuman,” “terrifying,” “manipulative,” and a “nightmare.”

Now, Page Six reports that beauty business insiders also say the former Glee actress has a reputation for being “toxic” within their industry, as well.

It all dates back to 2012, when Michele signed a reported $1 million deal to be the face of L’Oréal. One of her responsibilities was to give a short, on-camera interview about her beauty routine. But, according to at least one source, she had an epic temper tantrum during the taping.

“All the questions and answers were agreed [on] in advance, she just had to answer five questions on camera about her hair routine to a crew hired by L’Oréal,” the source alleges.

“But two questions in, Lea just stood up, said she was done and walked out, leaving everyone standing there in shock.”

But the drama didn’t stop there.

“The head of L’Oréal asked if she was coming back, and her mother said, ‘No, she’s not.’,” the source adds. “This is who she is. Given how small the industry is, the word has spread across other beauty brands.”

Page Six also notes, however, that another person who was working on the production that day has no recollection of Michele being a diva.

“I don’t ever remember her being difficult on or off-set,” the source says.

Neither Michele nor L’Oréal have responded to these latest reports. Meanwhile, according to US Weekly, the actress has been “reaching out” to people she may have hurt in the past in an effort to make amends and apologize.

“This experience has made her reevaluate her behavior in the past,” an insider tells the magazine.

“This has been a serious learning lesson and she is committed to making these adjustments as a complete life change for the future. She is listening to those who have come forward and has been reaching out to initiate open and honest conversations.”

Related: More and more people are coming out of the woodwork with “nightmare” Lea Michele war stories