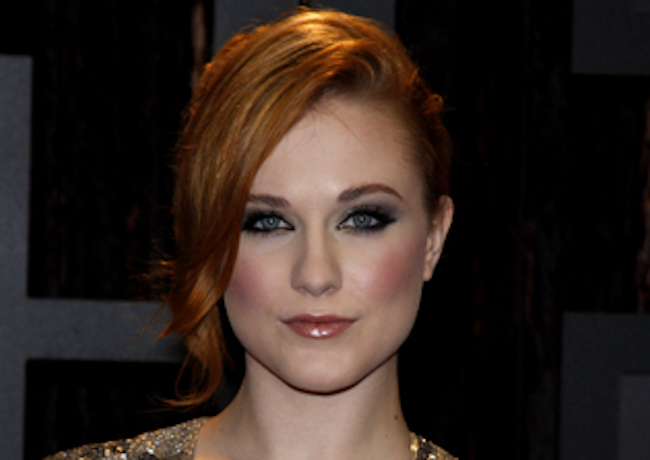 Wood, who’s been openly bisexual since 2011, suggested the Gone Girl star should “try getting raped in a scene,” tweeting, “Grow up, Ben.”

Kevin Smith, who directed Affleck in Chasing Amy, recently claimed the actor said: “A man kissing another man is the greatest acting challenge an actor can ever face.”

Related: Ben Affleck in ’97: “A man kissing another man is the greatest acting challenge”

After briefly kissing his co-star Jason Lee for the film, he reportedly quipped, “Now, I’m a serious actor.”

We should probably point out this took place in 1997. But Wood doesn’t think two decades should give him a pass on the remarks.

“I’m sure he just thought it was a funny,” she said, “but even jokes like that are damaging.”

Wood also doesn’t buy the idea that kissing the opposite sex for a role is necessarily any easier.

“Also, you think us ladies like kissing all the guys we kiss?”

“Just cause it’s a ‘straight kiss’ doesn’t mean we enjoy it. Ahem.”

Her comments were met with open hostility on social media, with one commenter even suggesting (ultra-predictably), “Try getting raped in real life.”

“Hey,” Wood replied. “I have been raped and came out with it publicly last year.”

“Maybe you shouldn’t throw stones in a glass house.”

She’s since removed the entire thread since the responses were becoming increasingly dire.

“I have deleted the thread because of the sickening things people have written in response,” she announced.

“I don’t want to give that kind of hatred a place.”

haunted by the past
16