I recently texted a friend to ask how things were going between him and his new man. They’d been dating for around four months.

It turns out things were not ideal. My friend said his man liked to abstain from sex for periods of time, believing it “helped with the mind and body, etc.” Understandably, this was leaving my friend somewhat frustrated.

My first thought was to tell him: “That’s a bullshit excuse. This guy’s just not that into you!”

Instead, on this occasion, I held my tongue. Firstly, I didn’t want to upset my buddy further than he already was with a blunt text message. Secondly, I thought it wise not to rush to judgment. I don’t know his boyfriend or how genuine his beliefs may be. Maybe he honestly believes stuff like that.

Perhaps he knows something I don’t?

As it turns out, if he does, then he knows something no-one else seems to know. Looking into it, finding any evidence for the supposed benefits of sexual abstention is very hard indeed. In fact, study after study has found the opposite: regular orgasms are good for your health.

Regular sex has been linked to lower blood pressure, lower stress levels, better sleep, and an improved immune system. A 2017 study found that regular sex was linked to less heart disease in women in later life.

That’s all strong encouragement to keep having sex, or pleasuring yourself, regularly.

On the other hand, not having sex isn’t uncommon and certainly shouldn’t be regarded as weird. A 2017 study in the US found 15% of men and 27% of women had not had sex in the previous year, while 9% of men and 17.5% of women hadn’t had sex for the past five years. 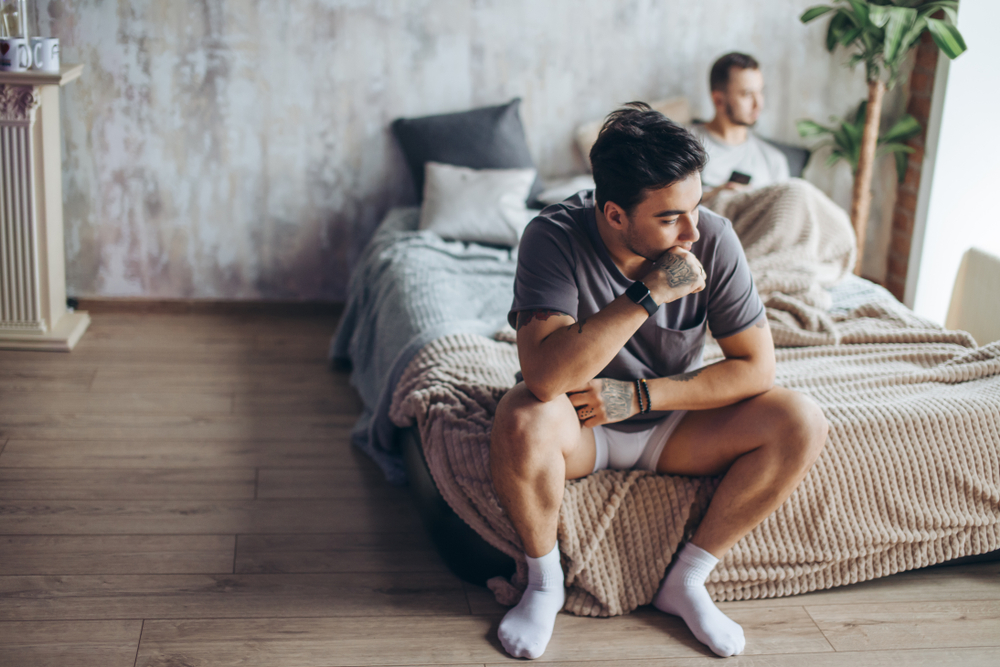 Both groups – those having sex and those not having sex – reported similar levels of happiness. So, although regular sex can help lower stress, it doesn’t mean that going without will increase it. It really comes down to the individual and what they want. And there certain times in everyone’s life when it’s not a bad idea to take a break.

Despite these studies, one still hears of sexual abstention as something higher-minded or noble. Legend has it that boxer Muhammed Ali went six weeks before a fight without sex, in the belief it improved his performance. However, even these notions around sports performance have been largely debunked.

The average sex session burns roughly the same amount of calories as climbing two flights of stairs. It can even boost testosterone levels in men, which some scientists think improves sports performance.

Given all this consistent evidence about the benefits of sex and orgasm, ideas about abstinence may be rooted in something else: The belief that too much sex is wrong, sinful or dirty.

“This can be a loaded topic, especially for gay men, when sex may hold a history of stigma and shame,” Jeff Levy, a gay, Chicago-based psychotherapist, tells Queerty.

“When gay men navigate coming out and living life in a way that feels more integrated and authentic, suggesting someone abstain from sex can resonate with older feelings of guilt and shame.”

Can someone have too much sex?

Levy says he wouldn’t find it, “necessarily productive to suggest abstinence”, but that discussing sexual frequency with a client is something that may be explored.

“I might explore with a client the positive and negative consequences of the frequency with which they are engaging in sexual activity.

“Sometimes by having this kind of discussion, men see for themselves that the frequency and/or nature of their sexual activity merits change, and coming to this conclusion themselves is far more productive and less likely to result in a client feeling ‘shamed’ by their therapist.”

Nowadays, reputable psychologists and counselors do not use the term “sex addict” or refer to sex as an addiction.

That said, a therapist may well help someone if their sex life “has begun to impact other areas of life in unanticipated and problematic ways,” says Levy.

“For example, if someone has had multiple STIs, has placed himself in dangerous situations to connect with someone sexually, or has stopped engaging in other previously enjoyable activities to have sex, I might have a conversation about the extent to which this feels sustainable for him.”

Related: Gay and bi men are having more sex than ever despite the fact that we’re in the middle of a pandemic

Dominic Davies is a London-based psychotherapist, and the founder of Pink Therapy: a network of LGBTQ-friendly therapists. He agrees that if the amount of sex someone is having is leading to negative consequences, it’s something worth exploring.

He also points out some people may well include abstinence as part of their sexual fantasies.

“Some guys into Kink like to spend time locked in a chastity cage as a way of feeling controlled by their partner or perhaps to focus on being able to orgasm through prostate stimulation. If this is voluntary and not for extended periods, then this is fairly safe.”

However, he notes that generally, he can’t think of any good reasons to abstain from sex. If you’re trying for a baby via a clinic or surrogacy, some fertility experts think ejaculating every 2-3 days can boost your sperm count. Others say ejaculating daily has no impact on sperm quality.

Levy adds that rather than sex itself being problematic, he meets some men whose search for sex may raise red flags. Guys who “spend inordinate amounts of time on social media or applications designed for hookups. In these instances, sexual activity isn’t necessarily the problem, but being glued to their phones or tablets in search of sex is more problematic.

“I have, at times, suggested strategies for reducing screen time without suggesting abstinence from sexual activity.”

I contacted my friend a couple of weeks later to see how he’s getting along and tell him there’s no good reason to abstain from sex.

Sadly, he tells me his new boyfriend dumped him.

Maybe I should have warned him, “He’s just not that into you” after all!