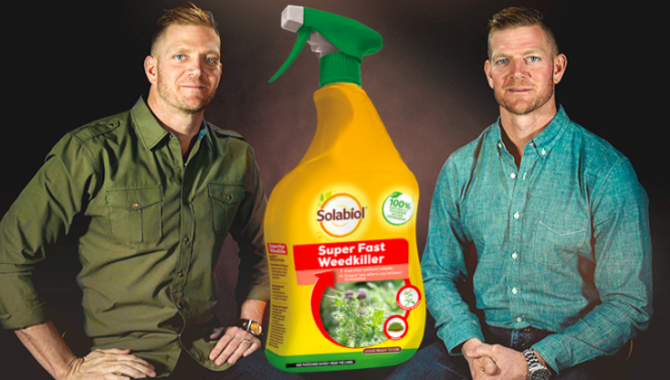 The antigay Benham Brothers are back with another thought-provoking op-ed. This time, they’re taking on the #MeToo movement, which they feel is–surprise!–totally unfair to men.

The #MeToo movement, the twinsies write, is great because it has provided a voice for women… But what about guys? Why are they being thrown to the wayside? That’s not fair!

#MeToo, the brothers argue, may expose the “sinful fruit of men” but it doesn’t acknowledge the “lustful root in the heart.” And men need all the help they can get!

“It targets the men transgressing, but not the transgressions of men,” they write. “Instead of taking a weed-whacker to men and cutting their heads off, why don’t they spray Roundup and target the root?”

“For Christians, the Gospel is the Roundup,” the twinsies says. “It takes out the root in the heart and restores the soul of the man.”

“So how can we spray a little Roundup and help bring restoration to this nation? Step one is a healthy dose of the fear of the Lord.”

Fearing the Lord, the twinsies say, leads men to repent for their “sexual sins.” The fear “grips them from the inside with knowledge that their sexual urges and choices have consequences.”

“It also compels them to confess their secret sins and walk in God’s way,” the brothers write, “not to hide their sins and do it their own way.”

But don’t just take their word on it. Look at King David from the Bible.

“King David was the biggest sinner of all,” the brothers write, “and yet the amazing grace of God worked like Roundup in his heart to root out the weeds of sin, bringing restoration to his soul.”

Hey, who wants to meet up later at the gay bar for some shots of Roundup? First round’s on us!

Related: Benham Brothers terrified they’ll be thrown in jail if they don’t engage in the gay sex revolution