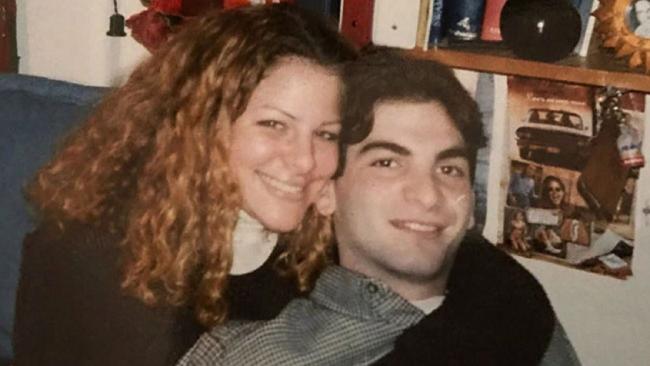 Bestselling author, blogger, and activist Jill Smokler made a big confession on her Facebook page this week: She’s divorcing her husband of nearly 20 years… because he’s gay.

“Without getting into too much personal detail, this is a reality which we have faced together for many years,” Jill told followers. “And for a very long time, the deep love we had for one another sustained us through the more difficult moments that our increasingly diverging sexuality created.”

Now, she’s sitting down with the Bravo blog to talk about what is was like learning her soulmate wasn’t the man she thought he was.

Smokler says she had an inkling her husband, Jeff, was attracted to men early on in their 17 year marriage.

“I knew the situation, but for 15 years we’ve been not telling anyone,” she explains. “We met at 18, married at 20, kids at 23. It was several years later he told me he thought he was bisexual. But it was the last five or so he felt it had evolved to the point where he no longer identified as bi and could be gay.”

Related: “I’m Pretty Sure My Husband Is Gay, But He Insists He Isn’t”

Smokler says her career allowed her to ignore the problems in her marriage, at least for a while. Since launching her parenting blog in 2008, which attracts an impressive 15 million monthly page views, she’s gone on to publish three NYT bestselling books and has appeared on the Today Show, Good Morning America, and Nightline, among others.

“I was so preoccupied. He made many sacrifices to support me. But this one vital part of our marriage was missing. He was supportive for the most part, my blog, my books.”

But deep down she always knew there were unresolved issues.

“There were always things that came up. Me seeing an app, or him acting suspicious. When something arose, we’d have a conversation about it, and accept it.”

“We never had, like, raging sex,” she says. “Like, throw me against the wall sex. That was something I always resented and wanted. I thought about it constantly, but obviously, there was only so much he was capable of doing. I honestly don’t know why I never cheated on him, I was in New York so often, but I never did.”

After years of keeping it a secret, she and Jeff finally decided to come clean to their family, friends, and the world.

“When we first decided to separate he initially didn’t want to, I felt like I was pushing him out of the closet,” she says. “I was sobbing … But the reaction has been so supportive. … It’s been incredibly positive and supportive.”

In addition to the outpouring of support, Smokler says one of the best parts about the experience is that she can now live her own life more openly and honestly.

“I don’t have to go home and pretend to f**k my husband,” she says.

Plus, she has a new GBF, who she loves.

“It’s bizarre and awesome,” she said. “It’s kind of the best thing ever.”

Related: Wife Discovers Husband Sleeping With Guys; What Happens Next May Surprise You