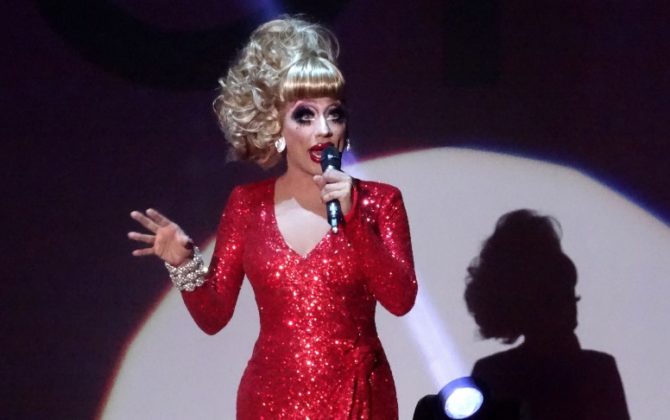 Wherever you come down on Bianca Del Rio’s signature comedy styling of offending at all costs, her response to the recent Montreal Pride rape joke backlash misses the mark.

To recap, the Drag Race season 6 winner was performing a set when she launched into a bit about the often-emotional season 10 cast. In particular, she took issue with the way Blair St. Clair disclosed her experience having been raped at a college party.

“Seriously, I don’t even want to talk about season 10 because every fucking bitch cried every f*cking episode. Did you see that? Every episode!

It’s her fat ass going ‘Ugh I’m fat’ and then the other one… and then you’ve got that other bitch: ‘I was raped!’

No – f*ck you. You notice she wasn’t raped until she was in the bottom two? Think about that, bitch – that’s f*cking strategy.

Oh f*ck you rape is funny if you haven’t had it.

The comments led Montreal Pride to issue a statement “severely disassociating” itself with the performer and many people, among them Blair St. Clair, felt the jokes were way over the line.

So in the course of making a joke about the strategies queens may or may not have employed to get ahead on Drag Race — and according to her, that’s the only point she was trying to make —  Bianca ended up here:

“Oh f*ck you rape is funny if you haven’t had it.

Perhaps it’s time for comics, even insult comics like Bianca, to retire jokes like these ones for good.

Blair put it well in her own response:

In the U.S. someone is sexually assaulted every 2 minutes, but people persist in thinking that making rape or sexual assault jokes is “comedy.” It is not. Rape jokes contribute to rape culture.