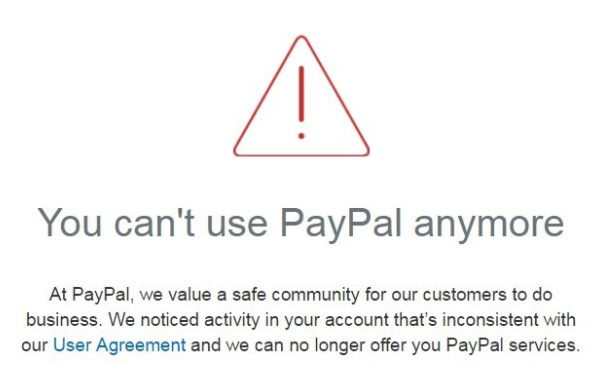 Gone are the days of Christian bakers or antigay pizza shop owners making hundreds of thousands of dollars off their bigotry through the help of popular crowd funding sites.

Several major online platforms are (finally) putting their feet down when it comes to using their websites to profit off of hate.

Over the past few months, PayPal has begun quietly restricting the accounts of several prominent alt-right activists and hate groups that promote extreme, far-right politics. GoFundMe, Patreon, and YouCaring have also begun cracking down.

Related: An Open Letter To The Owners Of Memories Pizza, Who Just Raised Over $760,000 After Vowing To Discriminate Against Gay People

In a statement to BuzzFeed, PayPal said it is committed to “achieving the balance between protecting the ideals of tolerance, diversity and respect for people of all backgrounds and upholding the values of free expression and open dialogue can be difficult, but we do our best to achieve it.”

GoFundMe issued a similar statement, saying, “We don’t tolerate the promotion of hate or intolerance of any kind, and if a campaign violates GoFundMe’s term 7, we’ll remove it from the platform.”

Some of the people and groups banned include hate blogger and “men’s rights activist” Roosh V, White Nationalist and homophobe Kyle Chapman, the anti-gay/anti-black/anti-woman group Occidental Dissent, and Islamophobic extremists Bare Naked Islam, among others.

Naturally, the bigots are not happy with this latest crackdown, which is seriously cutting into their bottom lines.

“First you get people banned from crowdfunding sites like Patreon,” pro-Trump conspiracy theorist Mike Cernovich tells BuzzFeed. “After being banned, the person will seek out direct funding via PayPal. Then you get the person no-platformed from PayPal. If the person moves to Stripe or Square, you attack them at that vector as well!”