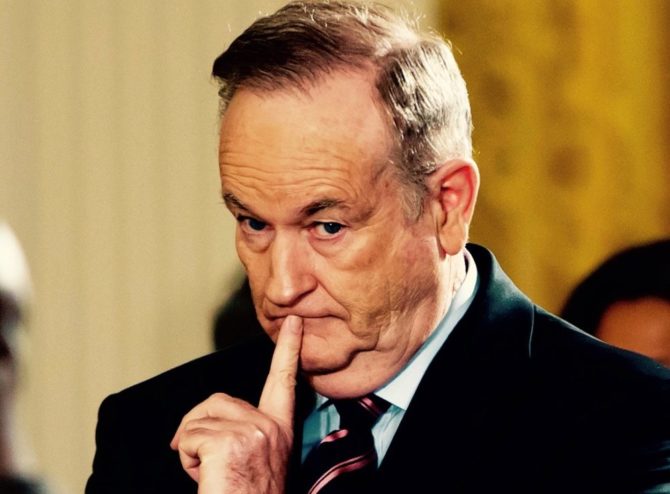 Bill O’Reilly claims he’s the victim of an elaborate “hit job” after The New York Times dropped a bombshell report about him over the weekend.

Just to recap: On Saturday, The Times reported that, back in January, O’Reilly paid $32 million to settle a sexual harassment lawsuit filed against him by FOX News legal analyst, Lis Wiehl, who accused the 68-year-old of “repeated harassment, a nonconsensual sexual relationship, and sending of gay pornography and other sexually explicit material.”

I'm not going to run and hide because I didn't do anything wrong. NYT wants to take me out of the marketplace, second time they attacked me.

The obvious question here is, if O’Reilly “didn’t do anything wrong” then why did he fork over $32 million? And why did he lose his $100 million contract with FOX News?

O’Reilly also went on Glenn Beck’s radio show (remember him?) yesterday to discuss the allegations. He called the reports “wildly wrong,” then said: “But I can’t confirm or deny anything because then it goes back into the legal arena and the New York Times knows that. I can’t comment on any specific case at all; if I could I would.”

He continued, “It’s very frustrating for me being accused of everything under the sun and being linked with Harvey Weinstein. This is dishonest in the extreme and it’s frustrating, but unless I want another seven or eight years of litigation that puts my children in the ‘kill zone,’ I have to maintain my discipline.”

Of course, all of this could have been avoided if O’Reilly had simply “maintained his discipline” by not sexually harassing five of his coworkers. But we digress.

“I can tell you this,” O’Reilly told Beck. “In 20+ years at the Fox News Channel I resolved three things and I only did that to keep my children safe.”

O’Reilly finished by saying he hopes that “the American people will see that this is an attack on me for political purposes. It has done enormous damage to me and my family.”

Never mind the “enormous damage” he’s wreaked over the years.

get a life
36 comments