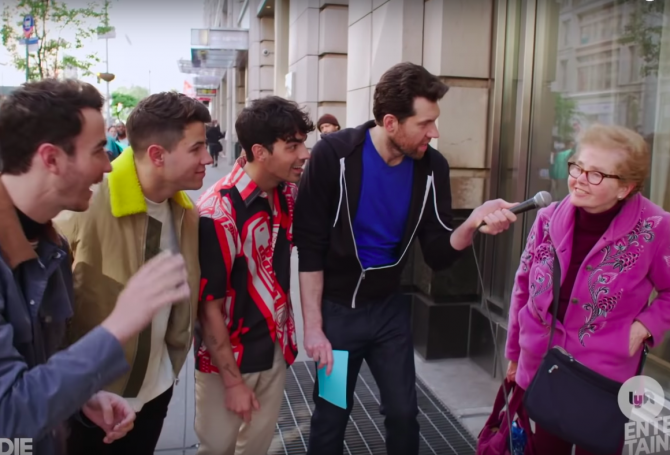 Billy Eichner‘s back, y’all. Oh, and so are the Jonas Brothers.

Nick, Joe, and Kevin recently met up with Billy for the latest episode of Billy on the Street to promote their new single “Sucker.”

“The measles are back and so are the Jonas brothers,” Eichner says at the top of the episode, “so we’re about to hit the streets and have New Yorkers welcome them back!”

“Sucker” is the Jonas’ first new single in six years. The song has reached #1 in the U.S., Australia, Canada, Latvia, Mexico, New Zealand, Singapore, and Slovakia, but it doesn’t seem to have made much of an impression on New Yorkers.

One woman wasn’t very impressed by with title of the new song, saying “I wish it had another name.”