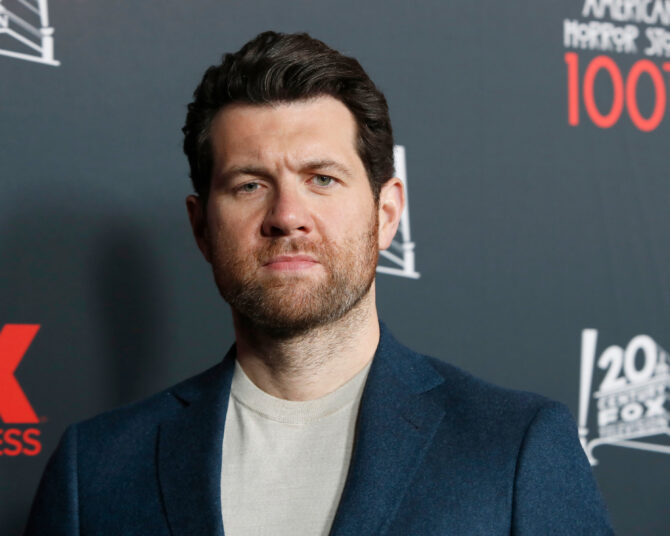 Billy Eichner has apologized after a recent interview snippet about his upcoming romantic comedy, Bros, rubbed some gay readers the wrong way.

Bros undoubtedly marks a big Hollywood moment. As Eichner said at the VMAs last weekend, it’s the “first gay rom-com ever made by a major studio” and “the first where every role is played by an openly LGBTQ actor.” It’s also notable that the film is getting a theatrical release — an impressive feat for any film in the post-pandemic Hollywood landscape, let alone an explicitly gay one.

Eichner reflected on his big moment in a recent interview with Variety, saying, “I told myself to look around and appreciate how rare and magical this moment is because you are making a movie that looks and feels like all the romantic comedies you grew up loving, but you’re doing it as a gay man.”

“And this is not an indie movie,” he continued. “This is not some streaming thing which feels disposable, or which is like one of a million Netflix shows. I needed to appreciate that ‘This is a historic moment, and somehow, you’re at the center of it. You helped create it.’”

A portion of the quote was subsequently shared by Variety on Twitter, where many interpreted it as a dig at popular queer streaming titles like Fire Island, Heartstopper or The Half of It — all deserving of the praise they receive.

I like Billy Eichner and I *love* romcoms—especially the gay ones!—but wow, way to make yourself and your film sound really shitty https://t.co/NOcNA7Kk2O

Variety is doing a great job at showing how stars with an immense amount of goodwill behind them (Billy Eichner and Olivia Wilde) are just one bad interview away from being turned on.

ok @billyeichner but Fire Island was a masterpiece queer romcom & nothing’s ‘disposable’ about it. I promise there’s a way to recognise the historic nature of an adult theatrical studio ???? romcom *without* shading films that weren’t given the platform & opportunity yours has. https://t.co/Fj3QyykONW

The backlash clearly got onto Eichner’s radar, as he soon apologized if he “inadvertently offended or insulted anyone.”

He clarified that he only meant to highlight “the way that, historically, LGBTQ+ content has often been considered niche and disregarded by Hollywood,” rather than dismiss the quality of other, non-theatrical releases.

I want to clarify what I said about streaming content in Variety. I was not at ALL referring to the quality or monumental impact of streaming films, I was referring to the way that, historically, LGBTQ+ content has often been considered niche and disregarded by Hollywood.

I have been openly gay since the beginning of my career over 20 years ago, at a time when that was very challenging. And I am very proud Bros is one of many projects – theatrical, streaming, online, etc – where so many of us are finally getting to tell our own LGBTQ+ stories.

Being an openly gay man and a loud and proud part of the LGBTQ+ community is one of the things I am most proud of in my whole damn life. And from the bottom of my heart I truly am so sorry if I inadvertently offended or insulted anyone. I really am. Thank you.

Perhaps more talk like this honoring the incredible legacy of LGBTQ storytelling that made a film like Bros possible, and less about how it’s our civic duty to buy tickets, might actually be a better promotional strategy for queer audiences who’ve long supported queer films.

Still, we’re going to chalk this one up to Eichner getting caught up in his well-deserved moment, and we’ll be first in line when tickets go on sale — if not to stick it to Clarence Thomas, then to hopefully be thoroughly entertained.