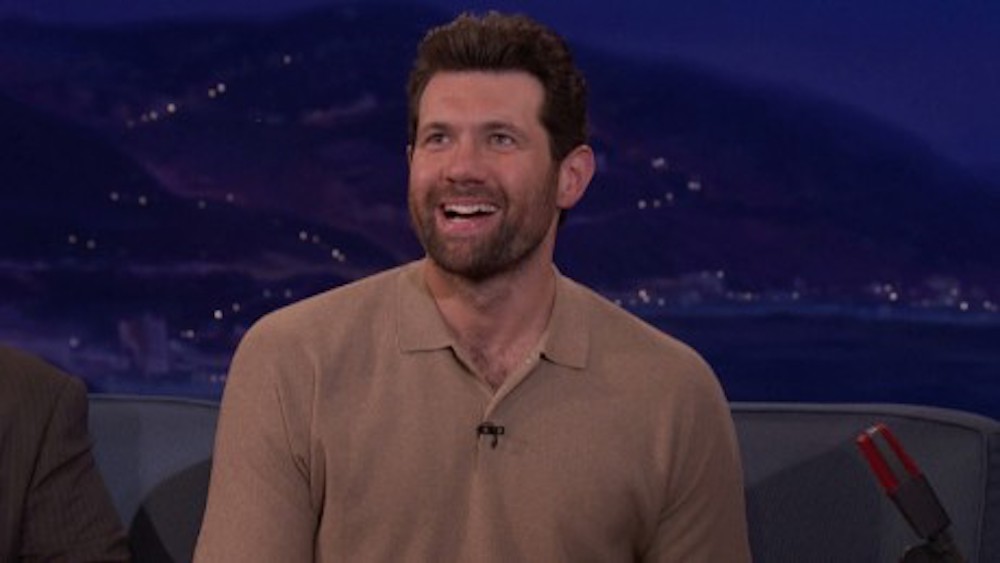 Even though comedian Billy Eichner didn’t get his wish of becoming the first gay suitor on The Bachelor, it looks like he may become one the first out actor to appear in a mainstream same-sex romantic comedy.

Deadline.com reports that Eichner is writing and will star in a romantic comedy about “two men who have commitment problems and are attempting a relationship.” Huh. Sounds a bit like the 2018 dramedy Ideal Home, except without the kid.

The film will be created the by the Universal movie studio and will be directed, co-written and co-produced by Nick Stoller, the British-American director behind such films as the 2008 rom-com Forgetting Sarah Marshall and the 2014 fraternity comedy Neighbors.

Comedic director and producer Judd Apatow will also produce. Apatow has produced 33 films including the 2007 teen comedy Superbad, the 2011 female comedy Bridesmaids and the 2016 Netflix comedy Pee-wee’s Big Holiday. However, this will be Apatow’s first time producing a film with an out actor in a gay role.

It’ll be interesting to see how a straight director and producer handle such content and how the film’s distribution company will market it to a predominantly straight audience. If the film does well, more gay rom-coms could be in the works. It it does porly, it might be a while before we see more same-sex comedies.

Eichner’s a great choice for the potential breakthrough film. He is a well-known face from his Billy on the Street interviews, his lead role in the Hulu comedy series Difficult People and his appearance in the two most recent seasons of American Horror Story.

Eichner has also proved an outspoken political activist. In 2017, he boldly declared that Vice President Mike Pence is a closeted gay man, and in 2018, he spearheaded Glam Up the Midterms, a campaign to convince young Americans to vote in the November 2018 midterm elections.