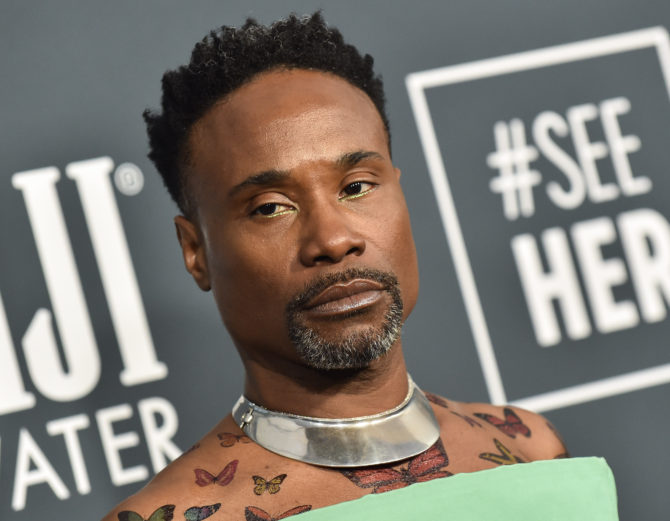 Billy Porter has come out as HIV-positive, revealing that he’s been living with the virus for the last 14 years.

In an interview with The Hollywood Reporter that was released Wednesday, the Emmy-award winning actor, who plays “Pray Tell” on FX’s Pose, speaks candidly about the shame he’s experienced since seroconverting, and how he’s overcome it to find the courage to speak out.

“The truth is the healing,” he said.

“I was the generation that was supposed to know better, and it happened anyway,” Porter told THR. “It was 2007, the worst year of my life. I was on the precipice of obscurity for about a decade or so, but 2007 was the worst of it. By February, I had been diagnosed with Type 2 diabetes. By March, I signed bankruptcy papers. And by June, I was diagnosed HIV-positive.”

Porter went on to recall that he wanted to keep his diagnosis a secret from his mother and planned to wait until she passed to go public. “She’s not going to be here long, and then I’ll write my book and come out and she won’t have to live with the embarrassment of having an HIV-positive child,” he said. His mom is still alive, however, and according to Porter — “she ain’t going anywhere.”

The 51-year-old actor also revealed it was portraying Pray Tell on Pose, a character who is HIV-positive, that allowed him “an opportunity to work through the shame.”

“And the brilliance of Pray Tell and this opportunity was that I was able to say everything that I wanted to say through a surrogate,” he added. “My compartmentalizing and disassociation muscles are very, very strong, so I had no idea I was being traumatized or triggered. I was just happy that somebody was finally taking me seriously as an actor.”

Far from the precipice of obscurity today, Porter is focused on multiple new projects, not to mention starting a family with his husband of four years, Adam Smith.

“I’m getting ready to play the fairy godmother in Cinderella,” he said. “I have new music coming out. I have a memoir coming out. Pose is out. I’m directing my first film. And I’m trying to be present. I’m trying to be joyful, and one of the effects of trauma is not being able to feel joy.”

“There’s happiness, yes; there’s surface joy, but there was also a feeling of dread, all day, every day. It wasn’t a fear that [my status] was going to come out or that somebody was going to expose me; it was just the shame that it had happened in the first place,” he added.

Seeing how much joy Porter has brought us on stage and screen (not to mention every red carpet he ever walks), we hope he’s succeeding with that last part.