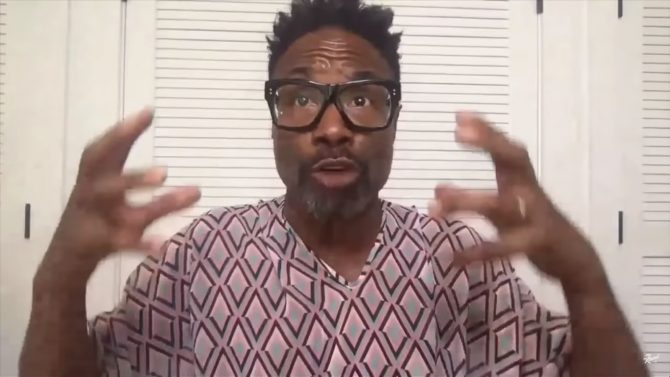 Emmy-winning actor Billy Porter has opened up about his experience of homophobia within the African-American community.

Related: Billy Porter takes us to gay church by destroying the “masculinity game”

Porter went on to share the reaction to an Instagram message he posted for pride month calling out queerphobia within the African-American community. Porter says that he received a somewhat ironic backlash of people reaching out to him to tell him how loved he and other queer, African-Americans are within their own community.

“Language in this moment has to be more specific,” Porter admitted to Eichner, clarifying his earlier remarks. “All black people are not homophobic — and I know that. I’m talking to homophobic and transphobic people in general, specifically black people in this instance because black trans women are dying at the hands of black cis men at such an alarming rate that it is the highest violence on record. I know it’s hard to hear, but I have worked my whole live to be in a position where I can speak from authority, where I have a platform to speak.”

He also shared a vision of a future LGBTQ people are welcomed by all communities. “We can do it together, but we can’t do it until we embrace and love each other through our differences,” Porter says. “Love the humanity in every single human being. We’re human beings first. That’s all I’m trying to say.”

Porter will next appear in an episode of Season 2 of The Twilight Zone.