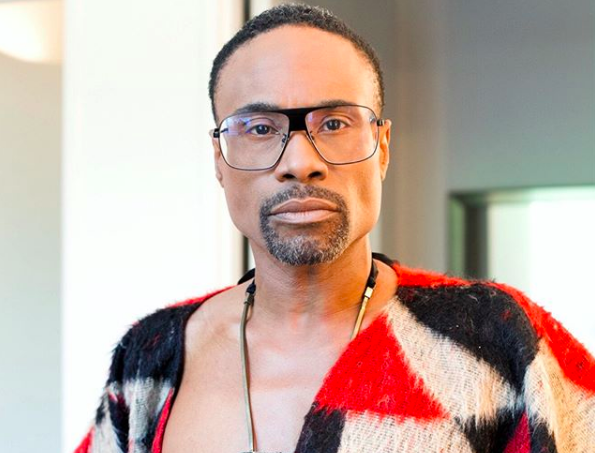 Billy Porter has enjoyed a long career on Broadway and in film and television, appearing in hit TV shows like American Horror Story, Pose, and Law & Order, as well as films like The First Wives Club and The Broken Hearts Club.

Now, in a graphic new op-ed published by Out, the 49-year-old performer opens up about the years of sexual abuse he suffered at the hands of his stepdad.

“There were no words at first,” Porter writes. “But then he began cuddling me. Spooning me. Innocent enough, right?”

“Cut to a year later with my 250 pound stepfather f*cking my face with his uncut, coke-can-girthed c*ck.”

I came out in 1986 when I was 16 years old. I went straight to the front lines to fight for our #LGBTQ lives. I survived the plague. I'm still here and that's for a reason. I am even more committed to #equality and justice than ever before. We ain't going back. I intend to fight for what's right until my dying day. Who's gonna join me?

Porter says he was around nine years old when the abuse began and that it continued for about four years.

He believes his stepdad targeted him because he sensed Porter was gay.

“I was born gay and he knew it,” he writes. “He knew I would respond favorably to the sex, because sex is pleasurable, sex feels good.”

He continues: “By year three, we were making booty call dates over morning breakfast, in code and playing footsies under the table before I skipped off to catch the bus to middle school.”

For years, Porter was convinced he was a willing participant in the abuse, that he had “asked” for it, and that he and his stepdad had engaged in an “affair.”

It wasn’t until 20 years later when his therapist said point blank: “Seven year old boys do not have affairs with 50-year-old men. It’s called sexual abuse. Plain and simple.”

At the @outfest LEGACY AWARDS wearing a brand new eyewear design from @native_ken.

The last time Porter saw his stepdad was when he was on his deathbed nearly 30 years ago. He recalls:

In 1989, the spring of my sophomore year, Stepdaddy had a mild heart attack. My mother begged me to “be a Christian” and go to the hospital to maybe have a rapprochement. I begrudgingly decided it was the right thing to do so I went to visit him on my lunch break from school. I literally had not laid eyes on the man in over a year and some change. His demeanor was different. He seemed pensive. Remorseful even. He told me he was proud of me. He told me to not let anyone change who I am. Ummm…da f*ck…? I left that hospital dazed and confused yet hopeful, I guess. In less than 24-hours later he was dead.

Porter says he was inspired to share his story after Brett Kavanaugh’s SCOTUS hearings.

He concludes his op-ed with a simple message: “‘VOTE, BITCHES!!! While we still can! It’s the only power we have!”