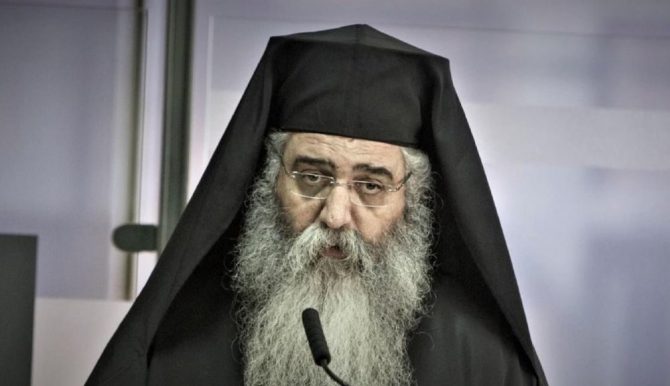 He went on to say that “when the woman enjoys that, a desire is created, and then the desire is passed on to the child.”

Now, he’s being accused of faking a letter signed by nearly 40 academics from around the world supporting his bogus claims.

The letter appeared on the church’s website shortly after Masouras’s remarks and was signed by 38 academics in fields ranging from dentistry to economics at universities in Greece, the U.K., France, Germany, Australia, and the United States.

“The Bishop of Morphou gave a possible scientific explanation of homosexuality without offending individuals,” the letter stated. “For the church, all individuals are pictures of Christ therefore holy and beloved. Sin however is not acceptable because it destroys a person.”

But at least one of the signatories, a music professor by the name of Alexandros Kapsokavadis, said he never signed the letter and has no idea how his name ended up on it in the first place.

In a Facebook post, Kapsokavadis wrote: “What business do I have to publicly express my opinion over matters of the church? What would the church care for my opinion anyway? Since when would I ‘support’ a man that I haven’t even heard of!”

Police in Cyprus are now working with attorney general’s office to determine whether Masouras’s comments could be classified as hate speech.

Meanwhile, several government officials in Cyprus have called out Masouras’s remarks for being “insulting” and “injurious.”