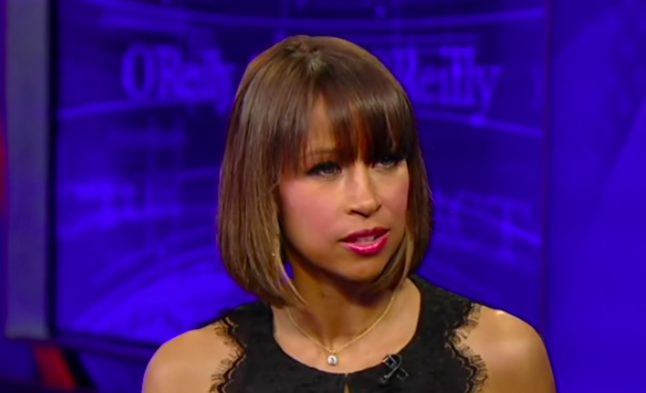 Over the weekend the fired FOX News contributor and Trump devotee was arrested in Florida after she allegedly beat her fourth husband, Jeffrey Marty.

On Sunday, 52-year-old Dash, who has a long history of making inflammatory remarks about LGBTQ people, was booked into the Land-O-Lakes Detention Facility on a domestic battery charge.

She stayed there until Tuesday, when Marty, who Dash married last year just 10 days after meeting him, finally coughed up the $500 to have her released after she couldn’t come up with the money herself.

Prior to her arrest, Dash had called 911 on Marty, claiming he put her in a chokehold after she got into an argument with his children.

“They’re all saying what a bitch I am,” Dash sobbed to a 911 operator. “I’m the stepmother, how they all hate me! They’re just disrespectful, awful children!”

Listen to the dramatic 911 call HERE.

When police arrived at the scene, they determined Dash, not Marty, was actually the aggressor, and so they arrested her. Police body cam footage showed Dash being led away in handcuffs and bragging to officers about how she was in the 1995 movie “Clueless.”

After being charged with domestic battery, Dash filed legal papers asking for a public defender, claiming she was indigent and unable to afford a private attorney.

To add yet another layer of strangeness to everything, she told authorities she was a white female.

According to her Wikipedia page, Dash is the daughter of “a Mexican-American mother Linda Dash (née Lopez; d. 2017) and Dennis Dash, an African American.”

In addition to trashing LGBTQ people, Dash also has a long history of making head-scratching remarks about race, including saying that she doesn’t believe there should be a Black History Month because there isn’t a White History Month.

She has also called for doing away with the BET Awards and the Image Awards, arguing that people can only win those awards if they’re Black, which she believes is “a double standard” and racist against white people.

Neither Dash nor Marty have issued any comment over her arrest.