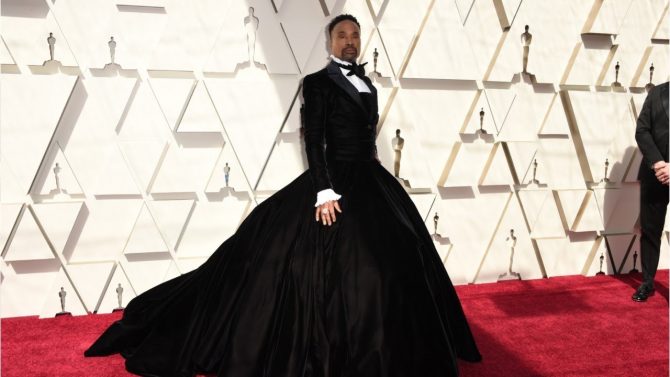 “Who wears the pants in this relationship?” is an increasingly antiquated, chest-thumping relic from a bygone era of red-blooded heterosexual manhood. It’s been perfectly acceptable for women to wear trousers, even at home, for decades. And nowadays, men, both gay and straight, no longer have to if they don’t want to.

That includes black men. High-profile ones like rapper Young Thug, celebrity offspring Jaden Smith, and singer/actor/Pose star Billy Porter have been bending gender by slipping into something more comfortable than pants because, well, they can look just as good in a dress!

Reactions have been mixed. Last year, Young Thug earned the ridicule of Nicki Minaj in her song “Black Barbie,” and when Porter wore a black tuxedo gown to the 2019 Academy Awards in February, social media applauded and gasped at the same time.

The gasps weren’t just about the LGBTQ-ness of it all. Some took offense to a black man, especially an openly gay one, daring to do such a conventionally un-masculine thing on an iconic and very public red carpet. Some of the loudest racial carping didn’t come from the usual suspects — racist white people — but from blacks who should know better by now.

Jada Pinkett Smith, wife of Will and mother of Jaden, publicly praised Porter’s sartorial choice and thanked him for saving Black History Month.

Smith’s heart was in the right place, but she was missing the point, too. The tuxedo dress had absolutely nothing to do with black other than its color, and by making it a race thing, she poked the homophobes who think a black man in a dress is somehow an affront to black masculinity.

“Jada Pinkett Smith should be ashamed of herself,” YouTube personality Willie D declared in a video rant that racked up more than 500,000 views in one week, with 18,000 likes and 1,500 dislikes.

To Willie D and at least 18,000 viewers, Porter’s unconventional tux wasn’t just a fashion disaster. It was a bad old-fashioned Disaster.

“The black male is under attack on all fronts,” Willie D continued. “They’re trying to kill us with the bullet. They’re trying to take our lives, our freedom with mass incarceration. They’re purposely trying to prevent us from being gainfully employed.”

The latest big, bad threat, in the racist world according to Willie D: black men in dresses and the black women who support them.

Apparently, in the eyes of Willie D and the rest of the outraged, a man in a dress is just an extension of the g-word. As Kevin Hart would have said circa 2010, “Stop that! That’s gay!” The lazy link reinforces the rampant homophobia that continues to blemish the black community, inside and outside of hip hop, while undercutting the black fight for equality by spotlighting the hypocrisy of some of its fiercest warriors.

As a gay black man, I’ve had to deal not only with being the target of white racism and homophobia. I’ve also had to duck criticism — and occasionally, punches — thrown by the very folks who should be my strongest allies. Now, homophobic blacks like Willie D are using guilt as a weapon. To them, a black man wearing a dress to the Oscars isn’t merely promoting sinful homosexuality. It’s emasculating black men everywhere, including ones, like me, who couldn’t care less about red-carpet fashion.

Although Willie D doesn’t go so far as to advocate violence against the dress-wearing scourges on black masculinity in the video, he’s stepping into a danger zone. It’s a place where gay black men grow up feeling frightened and ostracized times two. It’s a place right next door to the racist danger zone that’s been dragging down black men in America for centuries.

If we consider white people racist when they equate the actions of one black man with the actions of all black men (as Liam Neeson did, circa 1979, in the controversial story he recently told of looking to destroy a “black bastard” to avenge his friend who was raped by a black man), then what do we call it when black people do the same thing?

Even a holy roller who defends homophobia by quoting Biblical scriptures can’t rationalize putting the weight of black male masculinity on the shoulders of a few famous black men in dresses. It’s like saying that gender-bending white men, from David Bowie to Marc Bolan to Boy George to Perfume Genius, have been tearing down the masculinity of all white men for years. Sometimes a dress is just a dress. 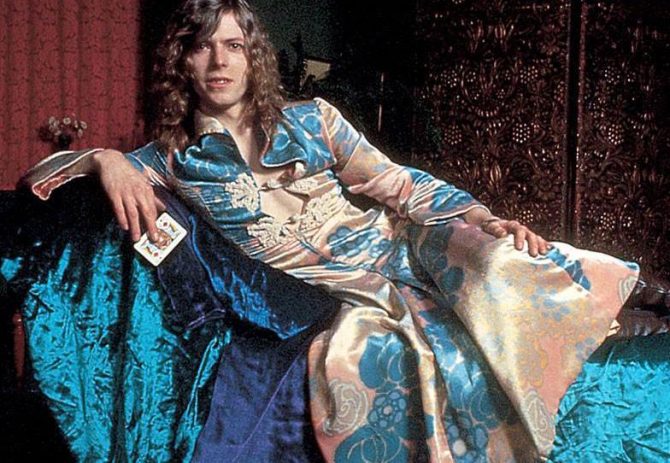 If anything is compromising the masculinity of black men, it’s the homophobic and self-righteous fashion police telling them what they can and cannot wear. To be masculine, in the most traditional sense, is to be brave and tough. Defying the status quo by dressing how you want to dress certainly qualifies as both.

The emasculation of the black male has nothing to do with what he wears. If we want to blame anyone or anything, we should point a finger at the toxic masculinity that uses fear, shame, and now guilt to force black men — all men — into a box that threatens to suffocate us all.