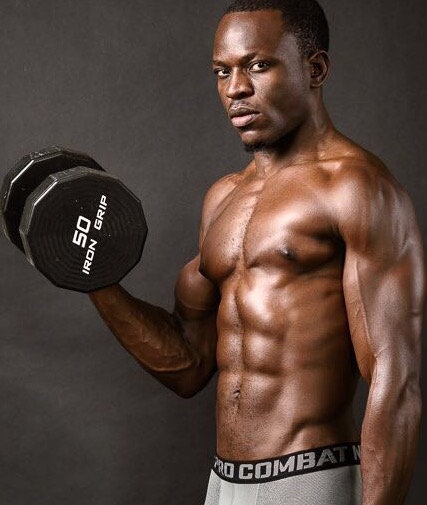 An actor who appeared in the smash hit Black Panther has been forced to confront his past after being exposed as a former gay adult film performer.

Atlanta-based Patrick Shumba Mutukwa was touring his home country of Zambia talking about the film when images from an adult film he starred in when he was in his 20s began circulating online.

In a statement put out by his publicist, Larissa Long of BlueRed Communications, Mutukwa took about as sex-negative a stance on his past as possible, calling it “unsavory,” an “errored decision,” and “immature behavior.”

And just try and follow this next bit of logic: He also deactivated all his social media accounts because “he knows there are children engaged with him that he knows should not witness the video.”

Read the full statement below:

Recently there was an unsavory video released of Shumba Mutukwa to the Zambian public from his 20s. He was a young man that made a choice not all may agree with however, it does not change who Mr. Mutukwa is as a man, philanthropist, or actor. Mr. Mutukwa has grown and learned from his past as we all do. Although he recognizes his errored decision he does own up to the immature behavior in his past. There is nothing more he can do but continue to use his celebrity to better the country of Zambia. He temporarily closed down his social media accounts only because he knows there are children engaged with him that he knows should not witness the video. He asks that people refrain from sharing the video on social media to look out for young eyes. Again, he was a young man himself and is not the same youthful person he was. His life is dedicated to bettering others and what he did in his past has nothing to do with what he’s accomplished and will continue to accomplish. He has strong pride in Zambia and works hard to make the country and its citizens proud. That is his path and he has proven well beyond a doubt that who he is today and will be in the future. The man you’ve grown to love, not the youth that makes immature decisions. For any questions or statements on this matter please contact Mr. Mutuka’s publicist Larissa Long.

“Thank you for understanding we all make mistakes but know I will continue to bring pride to Zambia. My growth continues in everything I do from errors to successes.” -Shumba

Mutukwa then posted a poem on his Facebook account called 99 Things. He’s also been posting regularly on Facebook since the news hit, making that bit about deactivating all social media accounts for the children even more of a head-scratcher.

99 ThingsEmptiness. It’s what fills my lungs when I inhale. My ribs constrict me, forcing my lungs to collapse. I’m…