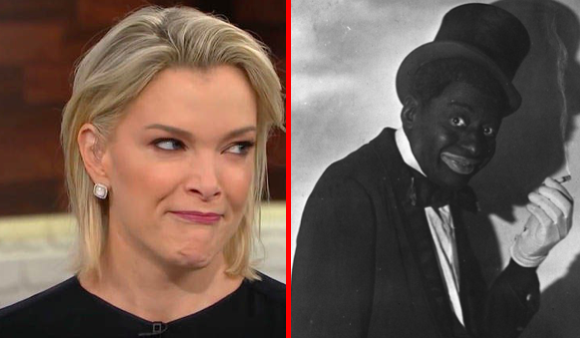 Another week, another lame apology for racial insensitivity–actually, two of them, both from the same person. Yep, here we go again… and again.

Facing backlash over her October 23 in-defense-of-blackface comments on her eponymous NBC daytime talk show, Megyn Kelly took the “I’m sorry” route twice–in an email to network staff and on camera. But like so many people feigning contrition over racial faux pas these days, she couldn’t resist qualifying her so-called apologies, revealing that not only is she probably not truly sorry, but she actually hasn’t learned much.

“I have never been a PC kind of person,” the Megyn Kelly Today host said on air Wednesday, diminishing the entire issue by suggesting that calling out the racism of blackface is more about being PC than about expressing human empathy and understanding of our national history.

"I want to begin with two words, I'm sorry..The country feels so divided and I have no wish to add to that pain and offense. I believe this is a time for more understanding, more love, more sensitivity and honor..Thank you for listening and for helping me listen too." Megyn Kelly pic.twitter.com/6hHrvZLNvK

The backlash set in motion her swift dismissal from her $69 million NBC gig. And it couldn’t have happened to a more deserving lady, one who once insisted that Santa must be white and that the whiteness of Jesus is a “verifiable fact.” Like Roseanne Barr and viral Lyft passenger Robert Ortiz before her, she’s earned her unemployment.

Several TV personalities of color, including Al Roker, Padma Lakshmi, and Don Lemon, have schooled Kelly on why blackface isn’t OK and never has been. Unfortunately, their comments went over the heads of people determined to be stubborn and ignorant when it comes to race.

They’ll continue to groan about the PC police, but “PC” is irrelevant here. This isn’t about whether we call black people “African-Americans” or simply “black.” It’s not about right vs. left, either. It’s about centuries of denigration and an evolving minority that will no longer accept that white lives–and white feelings–matter more.

Apologetic Kelly further underscored her continued ignorance by echoing the idea that if blackface is wrong, then so is whiteface. Wrong again. Sorry not sorry to burst the bubble in which she and much of white America live, but equating whiteface with blackface, like so much tit-for-tat Trumpian logic, is an exercise in cluelessness.

If it weren’t for the loaded history behind blackface, history that white people made, we wouldn’t be having this debate. Whiteface has never been a weapon of mass demoralization like blackface. Shouldn’t a highly paid and supposedly educated journalist know history?

As for Kelly’s defense of white women sporting dress-up Afros, a sartorial choice that becomes a point of debate around this time every year, I actually have no problem with the wigs in theory. Blacks popularized traditional Afros in the late ’60s and ’70s as an expression of black pride. There’s no racist context unless a white person wearing one puts it there, which The Real Housewives of New York City’s Luann de Lesseps did last Halloween.

Topping off her Diana Ross costume with an Afro wig and accentuating it with subtle blackface were passively racist moves. Any true Diana Ross fan knows her trademark hair is long and flowing, nothing like the bird’s nest on the head of the reality star, who was basically stereotyping black beauty in the ’70s (black woman = Afro, which is terrible math), not paying homage to a specific black woman. It may not have been intentionally racist, but the racist underpinnings were unmistakable.

On the other hand, when Vogue recently caught flak for its photo shoot featuring an Afro-wigged Kendall Jenner, I shrugged. In that fashion context, it’s just a hairstyle, not “cultural appropriation” (unless we’re going to start attaching that term to black people with straightened hair–a tonsorial practice rooted in racism and the low estimation of natural black beauty).

Let’s not forget how popular white Afro perms were in the ’70s, favored by the likes of Barbra Streisand and Leo Sayer, who received zero criticism for theirs.

Blackface is a thoroughly different beast. It originated in the days of slavery when whites used it to diminish blacks and has never been acceptable to us. A white person who cares about the black history that’s the crux of American history, understands why it’s offensive. It’s not so much the blackface as what it represents. 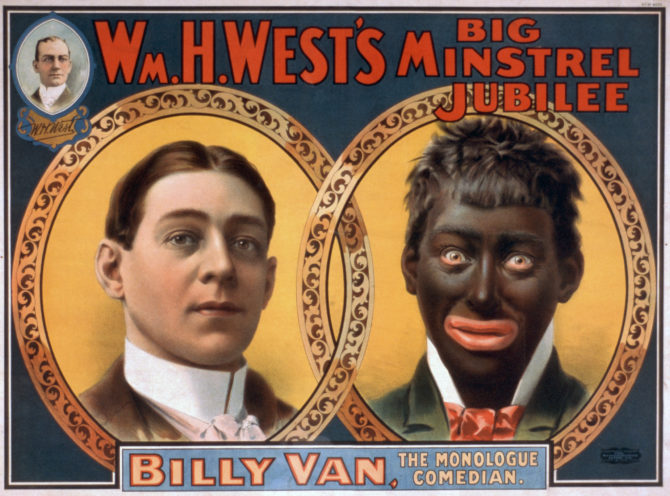 But of course, to whites who moan when we call out racism, what offends us doesn’t matter because we’re B-list citizens. Their only concern is that having to put more thought into what they say and do and the Halloween costumes they wear inconveniences them.

I’ve seen comments that used criticism of Kelly’s views on blackface as an excuse to launch new attacks on “Libtards,” which just shows the racism of the people commenting. They discount centuries of white-on-black oppression and the effect it continues to have on our national psyche while exploiting our objection by spinning it as leftie hysteria in order to further the divisive agenda of a Presidential administration that refuses to denounce white supremacy.

In the comment section of the first story I read about the Megyn Kelly controversy, a white man asked how he could pull off a Martin Luther King Jr. costume without blackface. Unpainted, he argued, he would be just a white guy wearing a suit. Probably. But with blackface, he wouldn’t be any more of a ringer for MLK Jr.? If I put on the same suit, I’d be just a black guy in a suit, not an MLK Jr. lookalike. Why does blackness to some white people seem to hinge squarely on blackness?

Perhaps without meaning to, this white man was basically saying that blacks are interchangeable. Rather than looking more closely to find specific identifying qualities, he made MLK Jr. all about his blackness. If white people are going to go dark without tanning, they need to be prepared for criticism. Those of us who can’t scrub off our black live with much worse.

Kelly and her ilk need to stop blaming us if they’re walking on eggshells. That’s the legacy that the nation’s white founders passed on to all Americans. It’s too late now to just sweep it away.