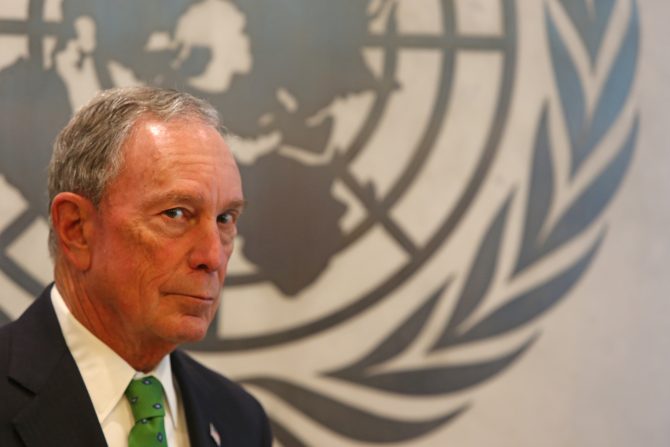 Shortly after Buzzfeed News reported on a video of 2020 Democratic hopeful Mike Bloomberg referring to transgender people as “it”, the YouTube clip has gone private.

In the recording, taken in March 2019 at a forum hosted by the Bermuda Business Development Agency in Manhattan, Bloomberg argues that talking about transgender rights is a losing strategy during a presidential election.

“If your conversation during a presidential election is about some guy wearing a dress and whether he, she, or it can go to the locker room with their daughter, that’s not a winning formula for most people,” he says.

Queer supporters of Mike Bloomberg, how do you explain this to our transgender family and friends? Because they deserve a Democratic nominee that doesn’t refer to them as “it.” pic.twitter.com/HNwuxDZzhf

According to Buzzfeed, Bloomberg went on to say:

The comments echo this 2016 quote from Bloomberg:

“If you want to know if somebody is a good salesman, give him the job of going to the Midwest and picking a town and selling to that town the concept that some man wearing a dress should be in a locker room with their daughter.”

“Mike understands that the transgender community has been under attack for decades and the advance of rights has not been equal. In April 2002, during his first year as mayor, Mike signed a sweeping transgender civil rights bill into law. His company provides comprehensive health care coverage for his transgender employees. As president, he has a comprehensive plan to secure rights for transgender Americans, including passing the Equality Act, ensuring transgender people have access to affirming health care and working to end the crisis of violence against transgender women. Mike is running to defeat Donald Trump and reverse the many policies he has implemented that attack the rights of the transgender community.”

The story was published just hours after the Bloomberg campaign released a video featuring designer Isaac Mizrahi that touts the candidate’s advocacy for LGBTQ+ youth.

“Mike is so incredibly sensitive to this issue,” Mizrahi says.

I lived in @MikeBloomberg’s New York, and I saw him fight every day for the LGBTQ+ community. And not just the adults. He fought for the kids who are so vulnerable. We need that kind of compassion in our next president. pic.twitter.com/CgkTMYhxke

Bloomberg will join the remaining Democratic field on stage for the first time Wednesday night at the NBC/MSNBC debate in Nevada.