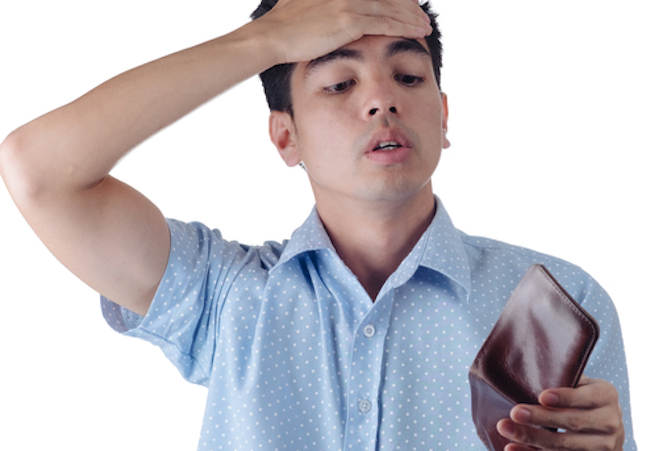 We’ve all been there: After blithely blasting through the cute sum of £1.6m (roughly $2,083,432), an intently selfish man decided to sue his dad for yet more money.

Michael Dawes, the greedy gay at the center of this soapy scandal, thought it wise to sue his lottery-winning father after spending all the money his father gave him following his win.

The 32-year-old former Navy sailor told the court his father demonstrated “arrogance and ungenerosity of spirit” by not ponying up yet more of his £101 million, his earnings from winning the Eurowinnings lottery.

Both Dawes and his partner insisted the court make his parents fork over more cash until the end of their days, saying his dad would “always be looked after.”

According to The Independent, Dawes’s mother-in-law said she fully expected the £1.6m to be enough money to last both their lifetimes.

They managed to spend £1,000 on their weekly groceries alone.

According to The Daily Mail, Dawes’ mother-in-law reportedly requested the couple “stop going to the Ritz for lunch and go to McDonald’s instead.”

Now, Dawes and his partner James have been unceremoniously cut out of the couple’s will.

Ultimately, the judge ruled in favor of the lottery winner and his wife:

“Michael was provided with the funds to have a comfortable life, but for his own reasons he chose not to take that opportunity. Therefore, I dismiss this claim.”