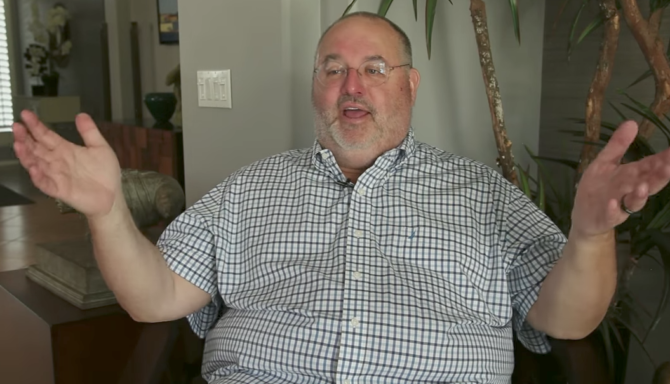 “I’ve always been a big guy,” Scott explains. “When I was a kid, I was the fat kid. When I was in college, I was heavy.”

For a long time, Scott grappled with his body size and didn’t know whether he was even attractive. Until he discovered the bear community.

“I came to Palm Springs, to a bear event, and suddenly realized that there were people who were interested in me. And it took me a while to sort of accept that.”

While he may not have perfect pecs or a rock hard six-pack, Scott says he has “great nipples” and “amazing legs,” and recently won a “Mr. Butt Contest” at a pool party, which he’s very proud of.

“We all have our own things that turn us on,” Scott says. “I don’t need the entire world to be turned on by me.”

Watch the interview below.