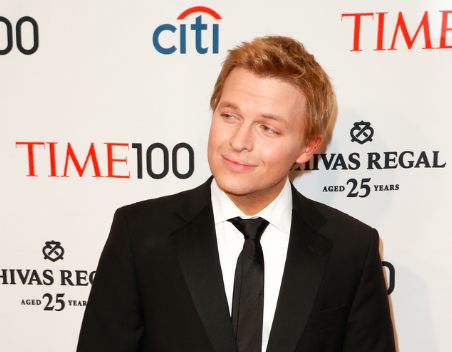 Well, this is certainly interesting…

Multiple media outlets are reporting that investigative journalist Ronan Farrow has possession of those alleged behind-the-scenes tapes of Donald Trump using the N-word while he was starring on NBC’s “The Apprentice.”

The tapes are said to feature Trump using the N-word multiple times, as well as calling his son Eric Trump a “retard.”

Rumors that Farrow had the tapes began swirling after Tom Arnold confronted “The Apprentice” producer Mark Burnett at an Emmy Awards party last Sunday night, telling him that Farrow “had possession” of the recordings.

Discussing last night’s incident with a group of party attendees, we hear an excited Arnold was asked if he actually had any Apprentice tapes of Trump and answered in the affirmative. He said they had been “handed over” to New Yorker journalist Farrow on Sunday.

A scuffle apparently ensued, resulting in the police being called.

Mark Burnett just went apeshit & choked me at this huge Emmy party then he ran away with his torn Pink shirt & missing gold chain. I’m waiting for LAPD

Rumors of the tapes first came about during the 2016 election campaign. They again resurfaced over the summer with the publication of Omarosa Manigault Newman’s tell-all book “Unhinged”.

In the book, Manigault Newman writes that she came to a “growing realization that Donald Trump was indeed a racist, a bigot and a misogynist.”

“My certainty about the N-word tape and his frequent uses of that word were the top of a high mountain of truly appalling things I’d experienced with him, during the last two years in particular,” she claims in the book.

So far, Farrow hasn’t commented on the story, but he did recently retweet this Tweet from earlier this summer:

A quick reminder that I don’t comment on reporting I haven’t published, and if you’re reading about my work from secondary sources you’re often not getting the full or correct story—especially in cases where parties have an interest in downplaying or otherwise spinning.

We’re patiently waiting for the other shoe to drop.