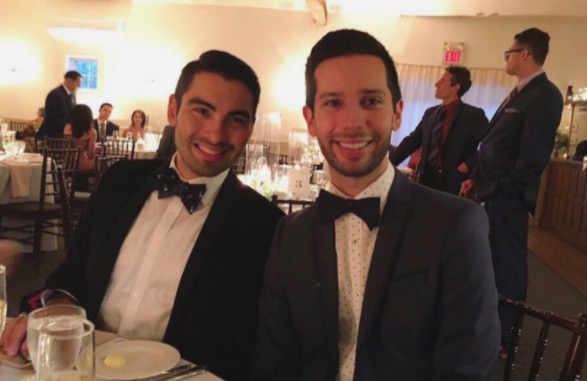 Does this professional photographer have a personal vendetta against her subject?

The Internet is all aswirl at the discovery of a wedding photograph that paints one of the guests in a most unflattering, hallucinatory light.

Talking to Buzzfeed, Mike T says he was attending a friend’s wedding with his boyfriend when the photo was snapped.

“Everything went really beautifully,” he says. 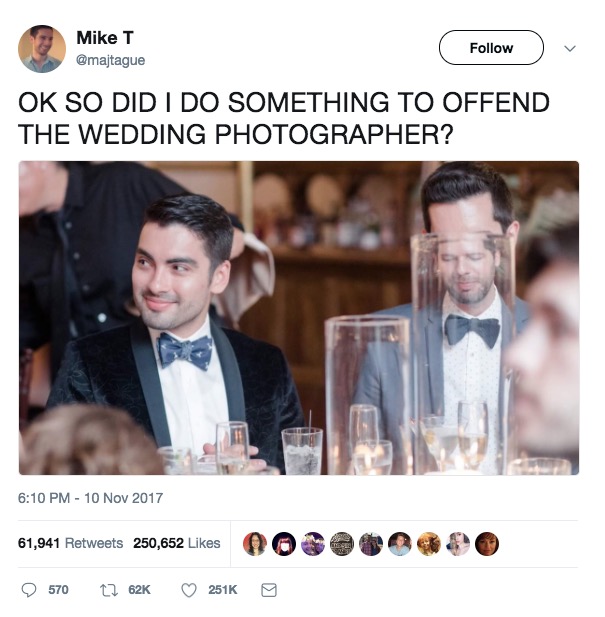 Mike tweeted the above pic after the bride sent it his way.

His boyfriend Andrew certainly looks handsome, but Mike’s soul has apparently been trapped inside glass by an enterprising sorceress.

Related: New study reveals the average age gay men get married is higher than you might think

He says he and Andrew “died laughing at it.” 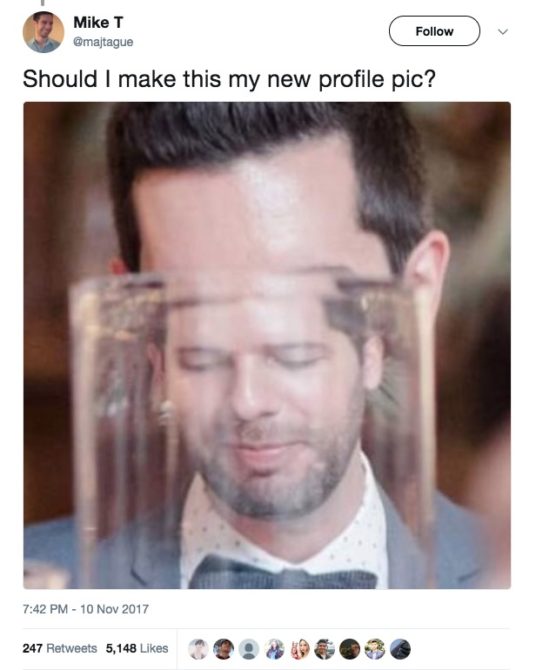 Should he make it his new profile pic? Clearly.

“My boyfriend looks like a snack,” he writes, “and I look like a decaying vodka gummy bear.” 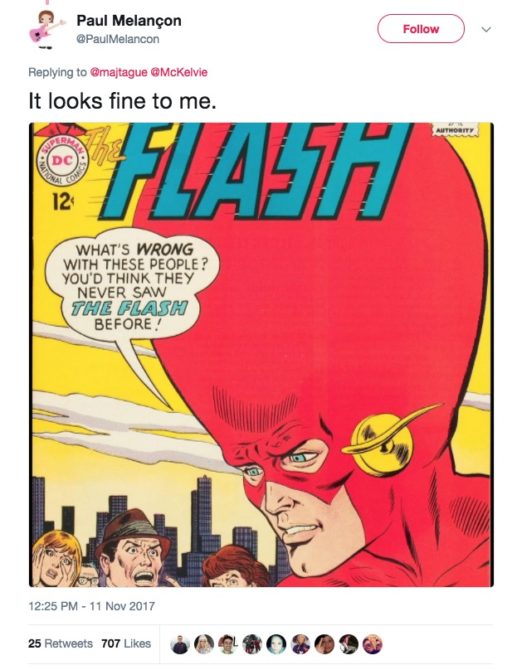 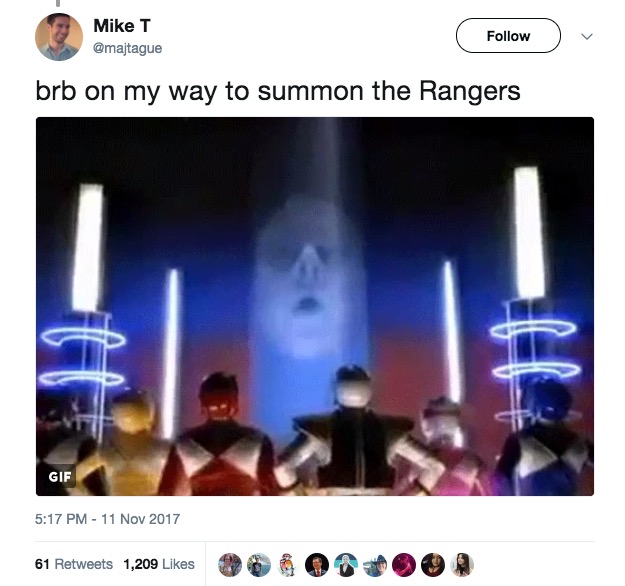 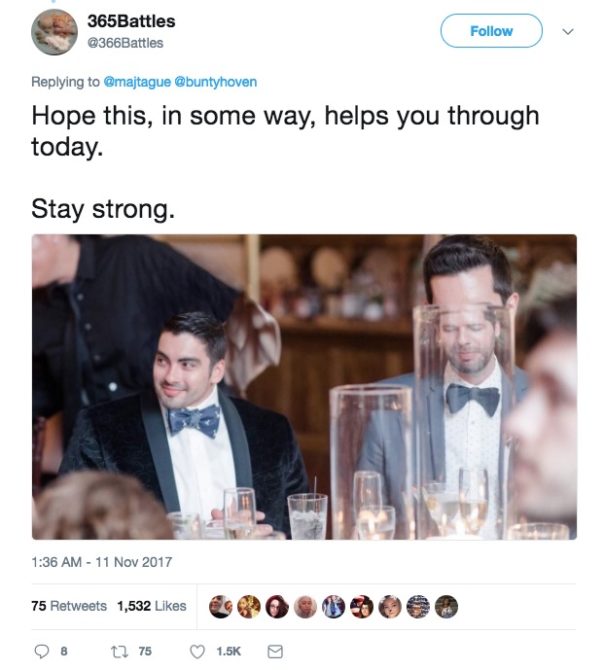 What exactly was the photographer’s beef? The Internet has some pet theories, but we may never know for sure. 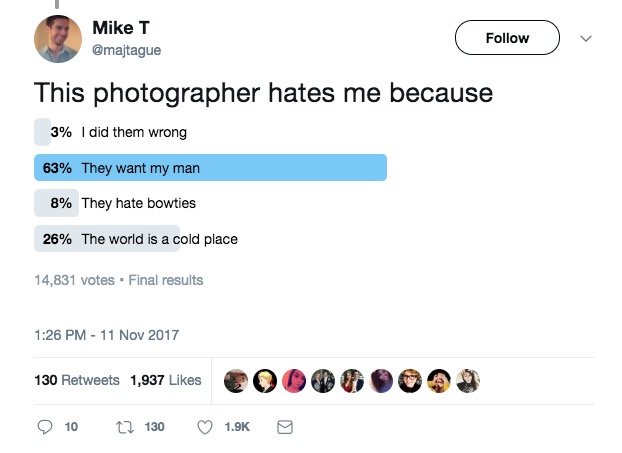 We’re part of the 26% who suspects it’s because the world is a cold place.