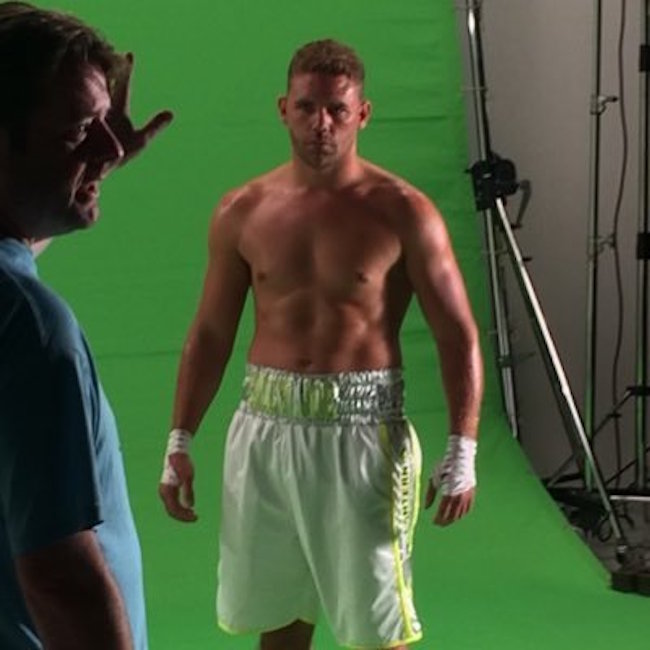 Earlier this week, boxing champ Billy Joe Saunders felt the need to post a mocking photo of a queer teenager on his Twitter account. Now, he’s refusing to apologize, instead doubling down with some strange, highly irrational rationales.

Saunders posted the photo of a young man named Jonny Marsh, who was walking through an Urban Decay store in Meadowhall Sheffield inEngland.

“Walking through Meadowhall Sheffield and see this,” he wrote, adding a confused face emoji.

Walking through Meadowhall Sheffield ''and see this ? confused pic.twitter.com/3fGxvwgeip

Now, he’s facing considerable backlash from his 92,000 Twitter followers, but he’s not backing down.

In fact, he’s calling their comments “homophobic rubbish” and then posted a pic of himself in a bright orange wrestling outfit.

“People who can’t take banter should not be on social media,” he writes. “Bombs and fire [are] killing people everywhere and [they’re] more worried about the picture.”

“I’ve been called gipo, Pikey, gipsy, cunt, scum all my life. Am I bothered? No – I take it as a pinch of salt.

I’m gonna start to give people abuse if they keep righting (sic) to me over a pic I took. Go and find a pedo (sic) on the net who takes pic of kids. I won’t apologize – if you don’t like it, [get the] fuck off my Twitter.”

Marsh responded to the photo on Facebook: “Like momma Rupaul said, if those bitches ain’t paying your bills, pay them bitches no mind!”

“How can someone [who] is representing my country publicly shame somebody for how they look and their gender?”

You can read the entire reply below:

His mom asked what a “bussy” was, what happened next was kinda awkward