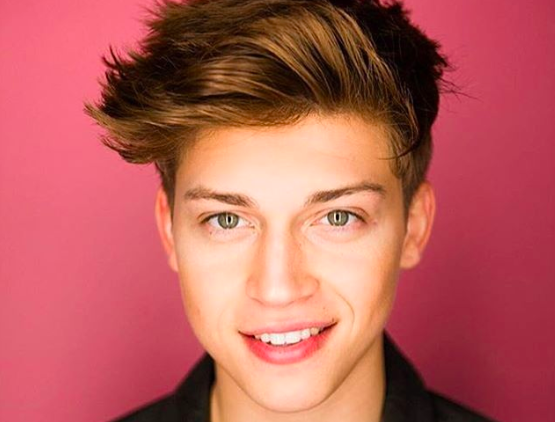 A boy bander/Disney star just filed a lawsuit against his former manager and several other industry execs for allegedly committing or abetting in child rape and sexual assault.

Ricky Garcia is a former X Factor contestant and a member of Forever in Your Mind, a boy band formed in 2013 that has released two EPs and nine singles to date.

In a lawsuit filed yesterday with the Los Angeles County Superior Court, 20-year-old Garcia claims his “meteoric rise” as a recording artist was stunted when a group of powerful Hollywood execs preyed on him, beginning when he was just 12 years old.

In the lawsuit, Garcia, who has also appeared in over 30 episodes on Disney Channel’s “Best Friends Whenever,” alleges his ex-manager Joby Harte raped and sexually assaulted him “dozens of times” throughout his teenage years.

Not only that, but Harte groomed him to be a “sexual plaything that could be passed around to his friends in the business.”

Garcia also mentions former Agency for the Performing Arts (APA) agent Tyler Grasham, who he alleges made sexually aggressive comments towards him and sucked his toes.

In 2017, Grasham made headlines after he was fired from APA amid a flurry of sexual misconduct allegations from multiple young men.

According to TMZ, Garcia claims Harte invited him to a two-night “songwriting” session in 2014 on Catalina Island where he was supplied with tequila and vodka and blacked out. When he awoke, he was naked in Harte’s bed.

“Defendant Harte, the ringleader, employed the well-worn pedophile playbook of grooming and seduction,” Garcia’s complaint reads. “He targeted an economically and emotionally vulnerable pre-teen and his parents.”

Can't believe it! Thank you to everyone who celebrated with me and wished me a happy birthday. Love you guys

In addition to Harte and Grasham, the lawsuit names Hot Rock Media, Cohen/Thomas Management and its partners Sheri Andersen Thomas and Paul Cohen, and APA.

Garcia alleges the companies are partly responsible for the abuse he suffered because they fostered “a sexually abusive culture in their offices” and didn’t do anything to prevent it happening, even though they were likely aware it was happening and had also happened to others in the past.