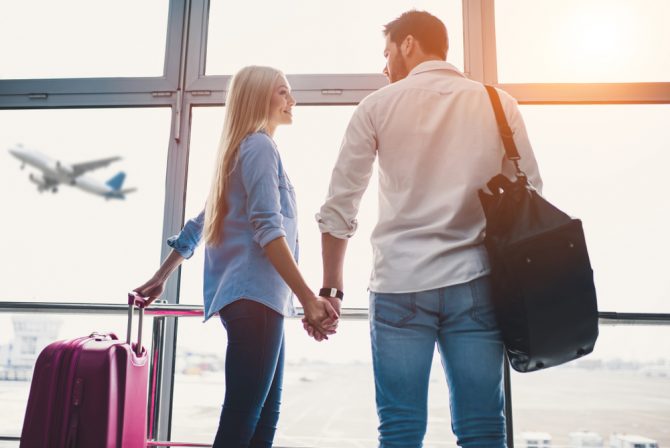 A straight-identifying man is freaking out because he’s about to embark on a year-long trip around the world with his girlfriend, but he doesn’t know how he’s going to get his secret “man fix” while they’re traveling together.

“I don’t consider myself bisexual and I’m certainly not gay, but every now and then I get the urge to be intimate with men,” the man writes in a letter to advice columnist Just Jane at the Daily Star.

He goes on to explain that he and his girlfriend have been together since 2015 and that he’s never had “full sex” with anyone else in that time. But he has messed around with a few dudes.

“I’ve kissed, groped and indulged in intimate acts, but have never given my real name or arranged to see an individual more than once,” he admits.

And every now and then he goes to the gay bar just to see what’s poppin’.

“I tell her I have work commitments then hang around particular clubs and bars and see where the action takes me.”

He wonders: “Does that count as real cheating? I don’t know. She’s the only person I am interested in having a proper relationship with. We make love twice a week and it’s always lovely, but I’m aware I’m a complex character.”

The man recently began freaking out because he and his girlfriend have a big trip planned in 2020 and will be touring Australia, New Zealand and South America for the entire year. He doesn’t know how he’s going to get his “man fix.”

“She’ll have her eye on me the whole time,” he worries.

In her response, Jane holds nothing back.

“Are you seriously asking me if what you’re doing is cheating?” she begins. “Of course it’s cheating.”

“Your girlfriend will be devastated to hear you seek out other partners for thrills and sexual stimulation. Maybe you don’t have full sex, but intimate acts are unacceptable and they count. What if you discovered she was sneaking around with other partners?”

Jane goes on to say their whole relationship is “based on a lie.”

“Now you’re being forced to face your demons with the prospect of this foreign trip,” she continues. “You may not care admit to yourself that your secret assignations are an important part of your life, but you’re obviously hooked.”

Her advice: “Start being honest with yourself. If you are bisexual or gay then so be it, but you can’t continue to use your girl as a shield.”