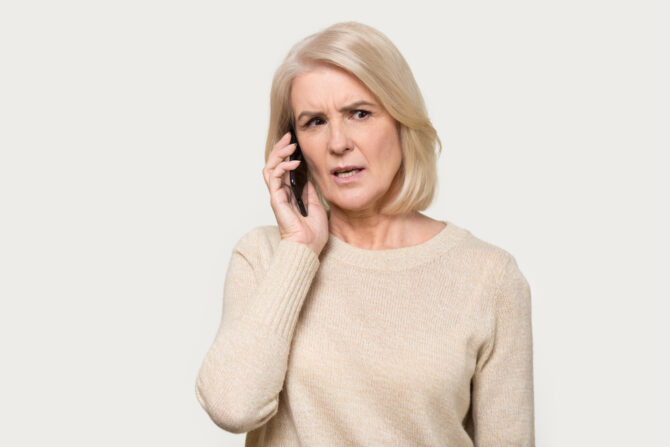 In what sounds like a psychological-horror spin on Meet the Parents, a Reddit user said that his boyfriend’s mother shunned him after meeting him for the first time, tried to get him to dump his boyfriend, and told lies about him to her son.

In a post on the r/AskGayMen forum earlier this month, the Reddit user—let’s call him John—said that he had just gotten a call from his boyfriend’s mother, whom he met a few weeks prior. “His mum phoned me and told me that this was just a phase for him [and] said I should let him go so he can get back to his ‘normal life,’” John wrote.

Then the mom hit John with a long list of flimsy rationales:

She told me that I was the only boy he’d ever been with (untrue, we did the discussion about previous partners), he was in a relationship with his childhood sweetheart (untrue, we’ve met, and she thinks we make a great couple), he was only interested in my money because they come from a much poorer background (I don’t care about this, and it’s probably untrue, as he only found out about my real wealth a few weeks ago), he was just experimenting, he didn’t really want me, he wanted someone to look after him and I can’t do that.”

“I was a bit taken aback [by] the call, and now [I] don’t know what to say to my boyfriend about the call,” John added in his post. “My instinct is to ignore it and say nothing, but that feels like lying. [I’m] also concerned he will see it by accident on my phone. What should I do?”

Related: His psychoanalyst told him being gay is a choice, and the Internet is outraged

Commenters on the thread told John to spill the beans to his boyfriend. “You need to tell him exactly what his mother said to you,” one wrote. “What he decides to do about it is up to him. Just let him know that you will support him in his decision.”

Another commenter wrote, “You guys are a team. Lies just create tension and mistrust.”

And a third person commented, “Tell him. Be a team against such B.S. behavior. His parents sound like trash.”

In an update posted just hours later, John said that he followed these commenters’ advice and told his boyfriend about the mother’s antics. Not only was the boyfriend too surprised, but he said that his mom had been “constantly telling him all sorts of tales” about John. She told her son that John was underage and that he’s the son of a Russian investment banker connected with Putin.

But it gets better.

“We are resolved to weathering the storm of his mum together,” John wrote in the update, adding that he’s going to use his family money to pay for his boyfriend’s education.

Oh, and John also dropped the L word. “I told him I love him, which for me is an absolute first,” he wrote. “He didn’t say it back, but that’s OK. He’s got a lot of shit on right now.”

He can say that again! Here’s hoping this duo finds happiness—and that the mom comes to her senses already.