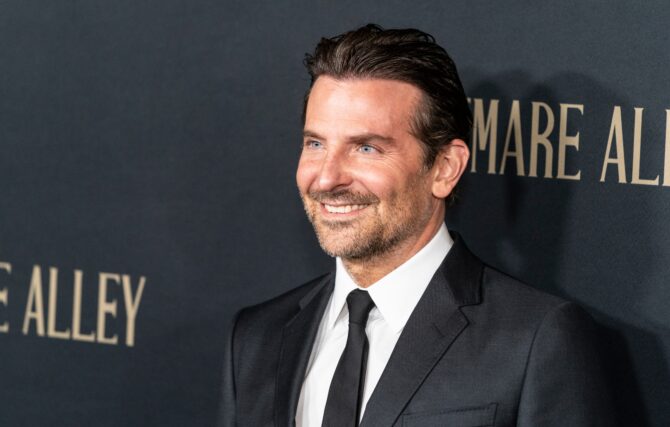 Cooper recalls: “I remember reading in the script and thinking, he’s a pickled punk in that bathtub and it’s to story. You have to do it.

“I can still remember that day just to be naked in front of the crew for six hours, and it was Toni Collette’s first day. It was just like, ‘Whoa’. It was pretty heavy.”

The A Star Is Born actor also explained why he was immediately on board with the bathtub scene. “There was nothing gratuitous about it,” he said. “It was to story.”

“The content of what the movie is, what we were exploring, in order to do it in a real way, it demanded that we’d be naked emotionally and soulfully,” he added.

Speaking more generally about making the film, Cooper said: “It really is akin to putting on a miner’s kit, hat and flashlight, and looking at each other and then going down in the tunnel, knowing that you may be excavating a route that won’t ever get you to the end that day but you come back up and go down again the next day.”

Cooper previously told Deadline that playing Carlisle “terrified me, for many reasons.”

“It was important to go there, unflinchingly and boldly, which I was able to do with Guillermo hand-in-hand. It cost something for us emotionally, making this movie. It was very risky to go to these places of, ‘Are we this person? Is this a side of ourselves? Is this who we really are?'”

“I found that to be quite vulnerable as an actor,” he added. “All my characters tend to linger, but this one, I have to say, was an especially hard one.”