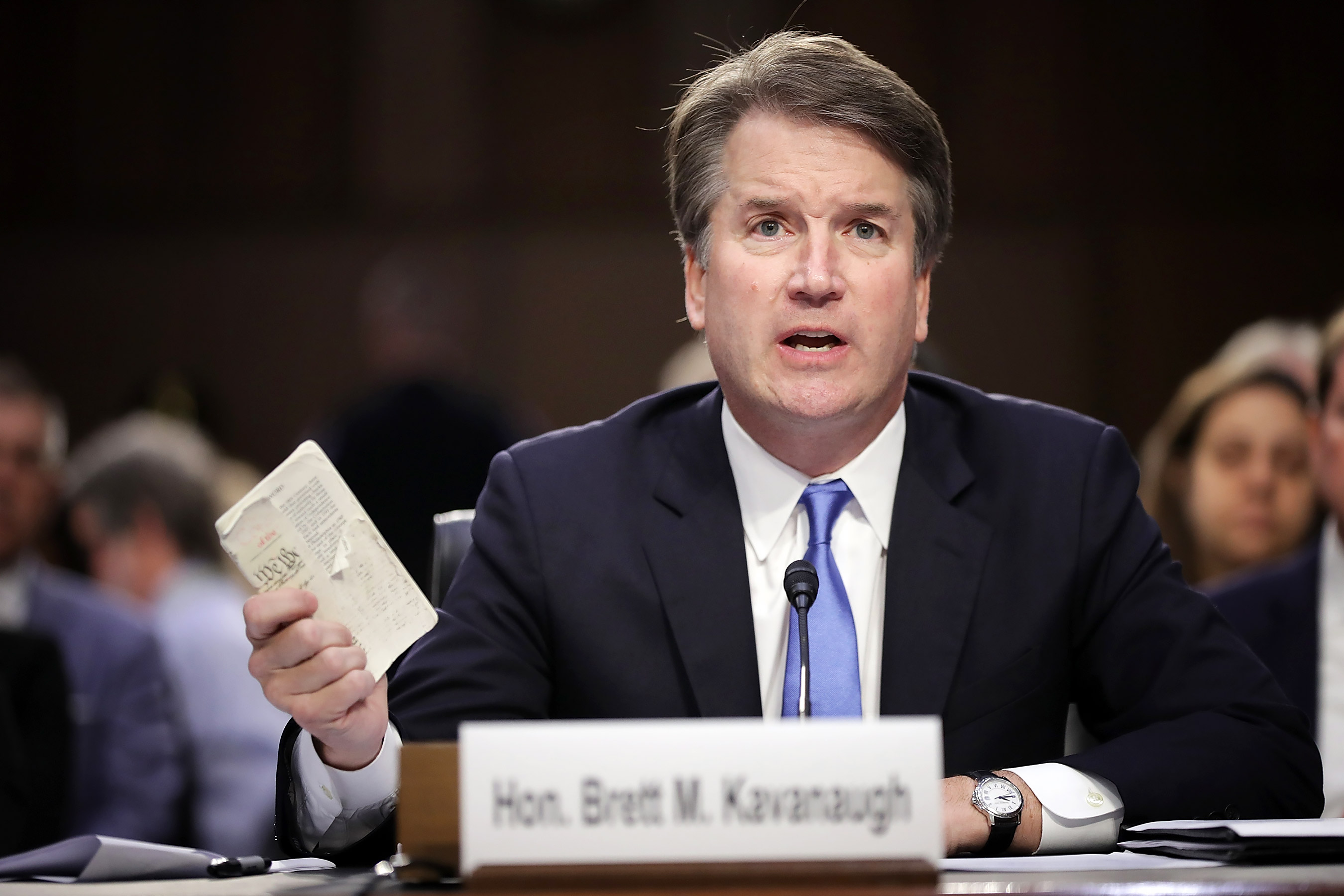 In a bit of cosmic comeuppance, Supreme Court nominee Brett Kavanaugh is learning that his obsession with other people’s sex lives doesn’t protect you from similar scrutiny. In the face allegations of attempted rape and assault when he was a teenager, Kavanaugh’s past as a moral crusader looks more than a little hypocritical.

Kavanaugh earned his conservative chops as a lawyer working for Ken Starr during Starr’s (four-year long) investigation into Bill Clinton’s activities. What started as an investigation into a real estate deal that Clinton was evolved in morphed into a search into anything that struck Starr’s fancy.

Related: Memers aren’t holding back against Brett “I am not a rapist” Kavanaugh

Ultimately, the investigation settled on Clinton’s relationship with Monica Lewinsky, having struck out on multiple other fronts. It was here that Kavanaugh went to town.

The Starr Report is notorious for its graphic descriptions of the sex between Clinton and Lewinsky. Those descriptions are the handiwork of Kavanaugh.

Kavanaugh showed an unseemly obsession with the details (to say nothing of the mechanics) of the encounters between Clinton and Lewinsky. Kavanaugh lovingly detailed how Lewinsky performed oral sex on Clinton nine times but not “to completion.”

“On all nine of those occasions, the President fondled and kissed her bare breasts,” Kavanaugh wrote in the final report. “He touched her genitals, both through her underwear and directly, bringing her to orgasm on two occasions. On one occasion, the President inserted a cigar into her vagina.”

Kavanaugh also wrote about how Clinton masturbated into a sink, was getting oral sex while on the phone with members of Congress and engaged in phone sex with Lewinsky. In a footnote, Kavanaugh added that the pair also “engaged in oral-anal contact as well,” but apparently this was too much even for him to discuss at length.

Kavanaugh’s lurid prose was criticized as a sign of a thinly veiled vendetta. Judge Richard Posner, a federal appeals court judge appointed by Ronald Reagan, said: “We expect better from our prosecutors; …they are not to hate their quarry.”

Related: Brett Kavanaugh: Trump’s pick for the Supreme Court is just as right-wing as Gorsuch

Kavanaugh could have established that Clinton had a sexual relationship with Lewinsky and lied about it without letting the world know that Clinton thought the cigar in Lewinsky’s vagina tasted good. Instead, Kavanaugh took to his moral high horse, arguing to his colleagues that  “it is our job to make his pattern of revolting behavior clear—piece by painful piece.”

Of course, the Clinton investigation was never about morality. It was about politics and power. Morality was just the veneer of respectability used to cloak naked partisanship.

So it’s entirely fitting that Kavanaugh finds his own sexual history at the center of a giant political battle. This time out, don’t look to the forces of morality to stick to the same principles as they did during the Clinton era. Having forgiven the current president for philandering and self-admitted sexual assault, Kavanaugh’s supporters are already trying to cast the accusations against him as a Democratic plot or dismiss them as simple teenage horniness (or “seven minutes in heaven” in one particularly creepy defense).

So it’s entirely appropriate that Kavanaugh is being tarnished by the very behavior that he built his reputation on. Just don’t expect him or any of his conservative supporters to learn anything from it.

Once they made their peace with Trump, every other immorality was a breeze to accept.