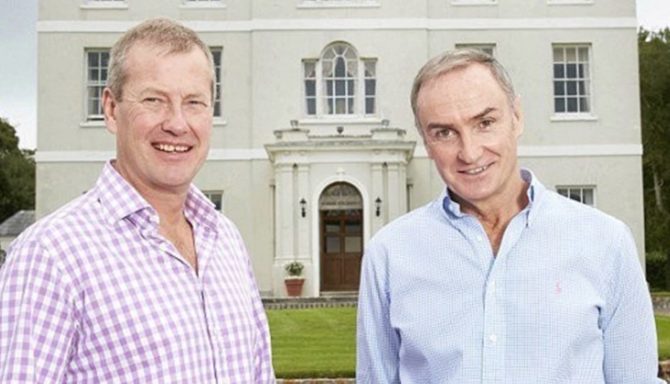 Break out the commemorative tissues — the British Royal family will soon gather to celebrate its first-ever same-sex wedding.

At the same time, he introduced airline service cabin director James Coyle as his partner.

Well, it’s been a good two years for the couple, and they’ll tie the knot this summer in the chapel of his Bridewell Park country estate later this summer.

Judging by the fact that Lord Ivar’s ex-wife, Penny, is giving him away during the ceremony, it seems the couple has been embraced.

Related: A royal family member has had ENOUGH of this rugby star’s relentless homophobia

The two were married for sixteen years and divorced eight years ago.

Speaking to The Daily Mail, she said: “What I don’t think Ivarrealizess is how much he has changed as a man since he ‘came out.’ James is hugely responsible for that because he’s so much fun.”

Lord Ivar has previously said there was never any deception with Penny:

“Penny was aware before we got married. I told her I was bisexual, that my attraction went both ways.

“We had a lot of fun, we have three fabulous daughters and I don’t regret any stage of my life.”

“I knew from the age of eight I was more attracted to men,” he added. “I definitely think it’s in the genes.”

“You’re either gay or you’re not.”

Lord Ivar was still closeted when he met James while vacationing in Switzerland.

James, who was openly gay at the time, knew a closet deal-breaker when he saw one.

“If I was going to be with him,” he said, “it had to be in the open with friends and family. I wanted us to be honest, not to hide anything, not to be anything else.”

Lord Ivar’s three daughters have also given their blessing for the coming nuptials.

The news comes shortly after the wedding of Prince Harry and Meghan Markle captivated the world’s attention.