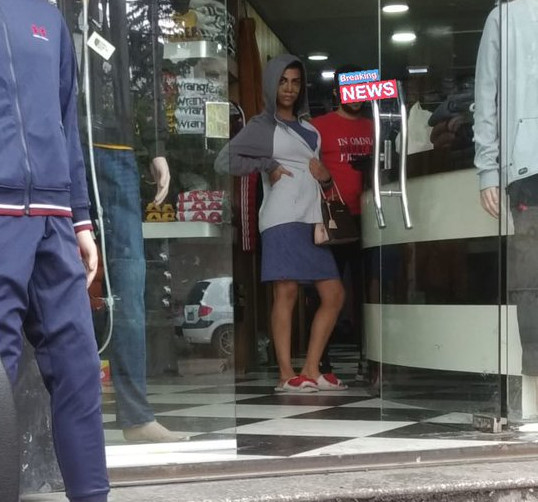 Video has surfaced of a brutal attack on a transgender woman and her two male friends that transpired in the Palestinian Authority on Monday.

The attack happened near the Palestinian city of Ramallah in the West Bank. The woman, identified only as “Sammy,” drove through the area on her way to a doctor’s appointment in the nearby village of Kafr ‘Aqab. Sammy and her two friends stopped to do some shopping after her appointment, at which point three men from a nearby refugee camp began filming Sammy inside the store. The group then attacked her male friend who waited outside near their vehicle.

Related: Wait, So Palestine Is Gay-Friendlier Than Israel Now?

The group of men began assaulting Sammy’s male companion, holding him against the hood of a car while repeatedly punching him in the face and kicking him. According to Miriam, a friend of Sammy’s, Sammy and her friend heard their friend screaming and ran outside to intervene. “When they came out of the store to see what was going on,” Miriam says, “the group of men assaulted them as well. They stole 52,000 shekels [about $15,000] from Sammy, took her and her friends’ phones, and then told them to run away.” The group also had their car vandalized and seriously damaged.

Two gay Palestinian youth were spotted in Ramallah and brutally attacked by people while police stood by idle.

There are no laws to protect LGBT people under the Palestinian Authority, where homosexuality is a punishable crime.@BuzzFeedLGBT pic.twitter.com/fSDPpSjlJa

Ultimately Sammy & her friends managed to escape. They returned to Israel where they had their injuries treated by medical professionals.

Mark Halawa, the man who reposted the video of the attack, condemned the local police for inaction. “Two gay Palestinian youth were spotted in Ramallah and brutally attacked by people while police stood by idle,” Halawa wrote on Monday. “There are no laws to protect [queer] people under the Palestinian Authority, where homosexuality is a punishable crime.” Indeed, earlier this year, Palestinian police threatened to “crack down” on LGBTQ events. Homosexuality remains a crime under Palestinian law.