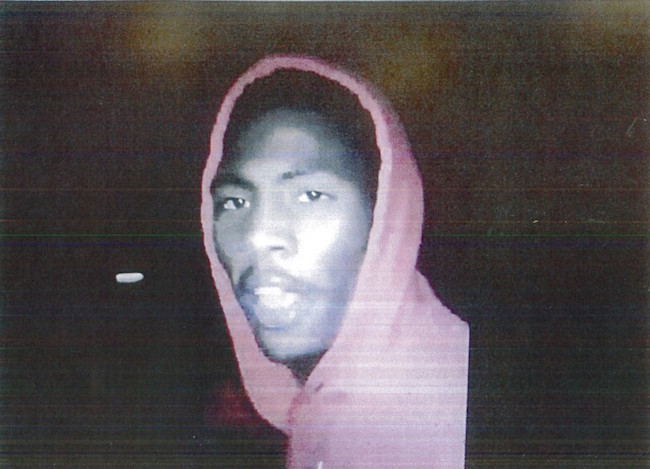 Police in Muskegon Heights, Michigan are desperately searching for a group of people that brutally beat a teenager, stripped him naked, and posted a video of the attack on Facebook.

Thomas identified a suspect by analyzing the video, and he’s now asking the public for help in locating him.

The suspect’s name is Trevon Lee Godbolt (above), an 18-year-old who also goes by Trevon Lee Taylor. Thomas says his last known address was in Muskegon.

Related: 22-year-old was defending his gay friends when this man shot him dead

There’s a $500 reward for information leading to the arrest.

The upsetting video features the 17-year-old being beaten as someone uses their phone to record the crime.

The victim is repeatedly beaten and called derogatory names, later begging his attacker to “please stop.”

Godbolt replies, “Why you on this gay shit?”

At the end of the film, the victim is forced to strip naked and allowed to run off. Women can be heard cackling and shouting, “Catch him!”

In addition to Godbolt, Thomas believes another man and two women were involved in the crime.

“We’re going to be investigating this fully,” he says. “All participants are going to have a hard time.”

The victim was allegedly lured to a section of Edgewood School, where he was then attacked.

Two counts have been filed against Godbolt: unarmed robbery and unlawful imprisonment. These carry harsher penalties than assault, and could put the perpetrator behind bars for up to 15 years.

The prosecutor’s office reviewed the case as an ethnic intimidation charge or some other hate crime, but the state doesn’t have any criminal statute that covers an assault based on sexual orientation.

“We’re not going to let this go,” says Godbolt. “We’re going to hunt him down.”

Thomas has since contacted the FBI, who expressed interest in pursuing the case on a federal level.

The morning after the attack, the chief was sent a copy of the vid posted to Facebook.

“We join the community of Muskegon County in expressing our outrage over this senseless act of violence,” reads a press release from the prosecutor’s office.

“We will work to protect this particular victim and any other victim that is targeted because of his or her sexual identity or orientation.”

You can also leave tips at www.silentobservermuskegon.com.