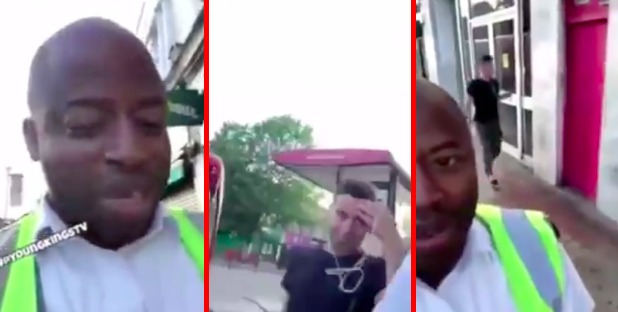 A bus driver in London filmed himself harassing another man on the street for wearing high heels. Not just that, but he had the gall (not to mention the bad sense) to upload the video to social media.

The disturbing 30-second clip, which began circulating on the internet earlier this week, starts with the unidentified driver grumbling that it’s “too early” for this “bomboclat” as he films the man in heels walking behind him.

“Bomboclat” is a Jamaican term used to express shock, surprise, or anger.

The driver continues filming as the man, who is clearly uncomfortable, as he tries in vain to escape the shot.

The driver then laughs and says in a mocking London accent: “It’s too early, mate!”

I’ve seen this video of a London bus driver harassing a man because he’s wearing high heels all over Instagram . I’ve reported it but insta ain’t taking it down. Help me report it properly please guys . I don’t know what else to do ? pic.twitter.com/WIOponZfH9

Ironically, the clip began circulating just days after London Pride, which was held on July 7.

Gay Star News reached out to the Transport for London for comment, which responded by saying it was investigating the matter.

Claire Mann, the Director of Bus Operations, said the man’s “behavior is completely unacceptable and will not be tolerated.”

“We expect the highest standards from London bus drivers,” Mann said. “We are working with the bus operator to investigate this incident and to ensure the appropriate action is taken immediately.”