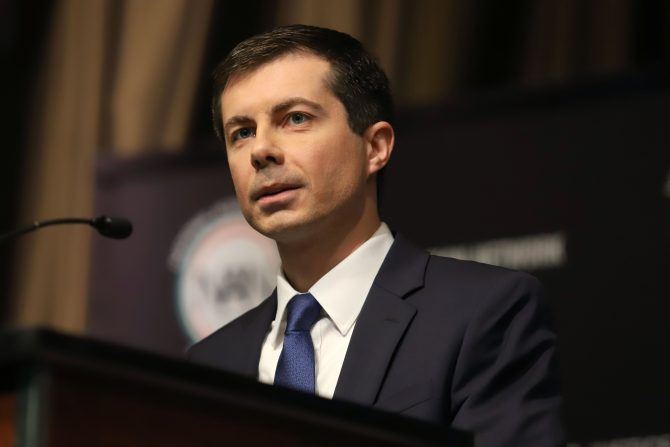 A Rhode Island gay bar has criticized Pete Buttigieg‘s presidential campaign after it canceled a fundraiser at the venue over the presence of a “dancer pole,” aka a stripper pole.

Chasten Buttigieg, Pete’s Twitter-savvy husband, was scheduled to headline the event at the Dark Lady in Providence but backed out the day-of when the club said it would not remove the pole.

“We had sent pictures of the club, they knew exactly what the place looked like,” said Buck Asprinio, owner of the Dark Lady. “We thought the fundraiser was going forward at full force.”

But when Buttigieg campaign staffers arrived at the bar to set up, they requested the pole be removed. The last-minute request was denied.

“Pete Buttigieg’s husband just canceled his appearance/fundraiser tonight at the Dark Lady because the ’gay bar has a dancer pole!’” someone from the Dark Lady posted to the bar’s Facebook account. “We guess this is what the gay candidate does to the gay community! #downonthepoles #dancersforanyoneelse.” 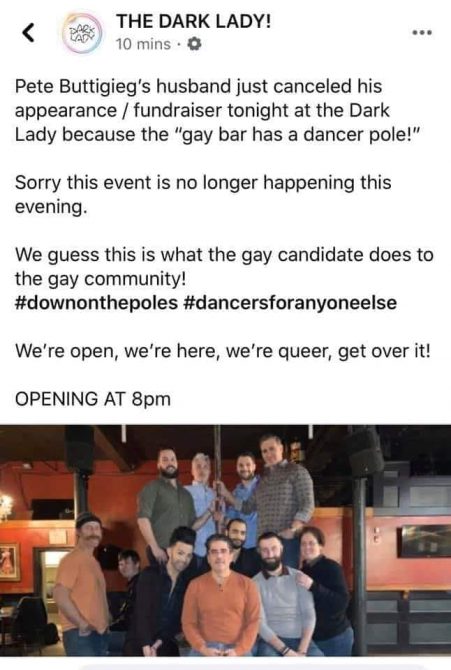 “It’s been here since we opened and it’s not going anywhere,” Asprinio added. “The dancer pole is part of who we are—if you want to dance on a pole, we’re the place to be.”

Asprinio also voiced his disappointment that the event was relocated to a straight venue. “I would think they would want to show support for their own community.”

“Unfortunately we had to relocate this evening’s event,” said Buttigieg campaign spokesperson Tess Whittlesey, adding: “We are grateful to the enthusiastic and dedicated supporters that joined us tonight in Providence.”

The story was covered on local news station WPRI.