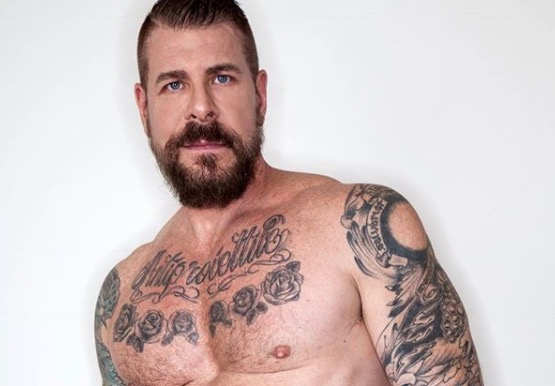 Rocco Steele is more than just a pretty face. He’s a businessman! And he’s got a sexy new line of underpants to prove it.

He was there showcasing his new line of drawers in a booth at the vendor mart.

10Seven–named after Rocco’s personal, ahem, measurements–initially launched with just traditional boxer briefs. It has since expanded to include a brief, trunk, and two jocks, which are the brand’s bestsellers.

Related: Are jockstraps gay? Let’s unpack this once and for all.

“I thought, who is going to buy a jockstrap in the winter?” Steele said. “But then I realized we wear them all year round.”

It has also expanded its size offerings, going all the way up to XXL

“When I first launched my boxer brief, it didn’t go up to XXL, so I clearly was not designing for every body,” Steele explained. “Every style that I have done since then goes up to XXL now. It’s just a non-negotiable for me now.”

The brand is still growing, which means Steele is still very involved in the daily operations. In fact, he personally fulfills each of the orders from his very own computer.

“It’s actually a tightrope to walk, because I still have to be Rocco Steele. The trademark is actually 10Seven by Rocco Steele. But I won’t do any more of the gratuitous ‘shake my willie around,’” he says.

Related: This extremely revealing portrait of Rocco Steele will make your eyes water