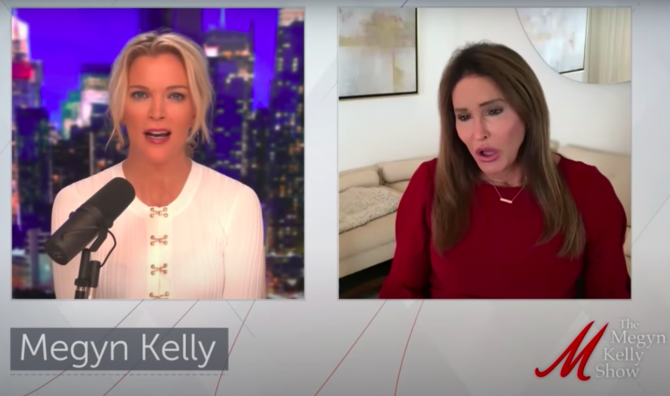 Failed gubernatorial candidate Caitlyn Jenner appeared on failed morning show host Megyn Kelly’s crappy new podcast this week where she talked about the issues that are most important to California voters.

Among the topics of conversation we how much both women loathe “woke” athletes who don’t kneel for the flag, how rich Jenner is, how she won an Olympic gold medal almost half a century ago (in case anyone forgot), and how much campaigning for office totally sucks, man!

“It’s the hardest I’ve ever worked,” Jenner, whose campaign is currently over $156,000 in debt after blowing more than $910,000 on sushi dinners and limo rides, said. “Up early every day. Yesterday I was doing things at 5:30 in the morning. Going all day.”

“To be honest with you Megyn, I don’t have to do this.”

At one point in the interview, Jenner alluded to comments she made earlier in her campaign when she said rich people were fleeing California left and right because homeless people were ruining everyone’s quality of life.

Though she didn’t mention homeless people explicitly, she told Kelly that she hopes she isn’t forced out of the state like so many of her uber-wealthy friends.

“I don’t want to move from California,” the 71-year-old said. “This is my home. I’ve been here for 48 years. So many of my friends have left and, honestly, I can’t blame them.”

In May, Jenner made similar remarks to Sean Hannity when she talked about her friend/private airport hanger neighbor who had become so fed up with all the poor people he was constantly seeing that that he packed up his shit (designer clothes, luxury cars, private jets, etc., etc.) and moved to Arizona.

“My friends are leaving California,” Jenner said. “My hangar, the guy right across, he was packing up his hangar and I said, ‘Where are you going?’ And he says, ‘I’m moving to Sedona, Arizona, I can’t take it anymore. I can’t walk down the streets and see the homeless’.”

Claiming that she really doesn’t “want to leave” California, Jenner told Hannity, “Either I stay and fight, or I get out of here.”

Jenner ended her interview with Kelly on a similarly optimistic note, saying that if Gavin Newsom survives next week’s recall election, it will be “the end of the state.”

“I don’t know if it can recover this,” she said.

Jenner is currently polling at 1%. Mail-in voting for the California gubernatorial recall election is already underway. Polls will open statewide on September 14.

Watch the full interview below. Or don’t.